If I gambled, I’d bet you expect me to write about Halloween again. Normally I would, but this post is even more special than things that go bump in the night. This is my 100th blog post. WoW – Triple Digits!

It all began with the first post on September 17, 2012. I was so excited when I received my first comment from louis vuitton damier canvas – an Internet Robot of discriminating taste.
“The posts are very short for novices,” the Bot said. Could you please lengthen them a little?”
I batted my digital eyelashes. “I’m so glad you enjoy the posts.” Then I put in a spam filter.

We were off and running, my blog and I, under the banner of “Writer, Historian, and Traveller” with two “L’s.” We’ve covered a lot of ground under that heading. Thirty-four posts chronicle my travels – from exotic India to “stay-cations” in Hawai`i. Historian gets to play in Holidays, the next largest category with twenty-four entries, including the very popular No Housework Day.  [Disclaimer: The blog has little to do with housework. It describes some of April’s special occasions.] In my effort to keep things interesting, I kept the entries pertaining directly to writing down to five. Of these, Ten Reasons to go to a Writers’ Conference proved somewhat popular.

I began using Mail Chimp in 2013. The thoughtful monkey points out my Top Five newsletter opens.
No Housework Day posted on April 7 came in at 57%, followed by 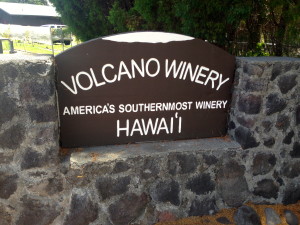 The next three all relate to December Celebrations

I’m sort of sorry Fish Liberation Day didn’t make the list. After nurturing those tiny koi from fingernail to finger length, I became surprisingly attached. But you know what they say, if you love something, set it free. I like to think of them happily enjoying the koi pond at Hilo Lagoon Center. I’m sure they don’t think of me at all.

But that’s how it goes. We’ve got lots of interesting topic potential coming our way. New twists on old holidays, a bucket list journey to the Galapagos, and a book (hopefully) in publication.

Enjoy Halloween on Friday whether you fly by broom, bob for apples, or sing on a hayride.