Not everyone agreed the North American colonies should separate from Great Britain. The debate among delegates to the Second Continental Congress took place on July 1, 1776. Delegates met on a hot and steamy morning. At 10:00 the doors to the debating hall were closed. Richard Henry Lee’s motion that the colonies should declare their independence was read aloud, “Resolved: That these United Colonies are, and of right ought to be, free and independent States, that they are absolved from all allegiance to the British Crown, and that all political connection between them and the State of Great Britain is, and ought to be, totally dissolved.” 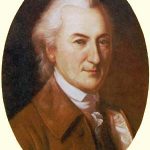 John Dickinson argued for reconciliation. If the Congress passed Lee’s motion, he declared, it would be like braving a storm in a “skiff made of paper.” 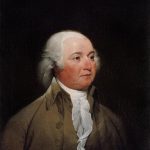 John Adams rose to rebut. A summer storm broke. Adams argued that “Objects of the most stupendous magnitude, measures in which the lives and liberties of millions, born and unborn are most essentially interested, are now before us. We are in the very midst of revolution, the most complete, the most unexpected, and remarkable of any in the history of the world.”

Two days later the Second Continental Congress formally adopted the Declaration of Independence. It wasn’t until August 2 that the members actually signed the document.

Thirteen separate colonies became thirteen separate states united for the purpose of freeing themselves from Great Britain. Now the hard work began. Each state viewed itself as an independent nation participating in alliance. All major acts had to be be unanimous vote. In 1781 Congress adopted the official Articles of Confederation. The central Congress could conduct foreign affairs and wars. But it couldn’t compel any state to fulfill treaty obligations. This proved tricky after independence was granted in 1783. 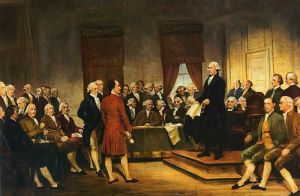 Four years later Congress authorized a Constitutional Convention to propose amendments to the Articles of Confederation. Delegates eventually concluded a new document was needed. One that began “We the People” to demonstrate that power was not held by individual states but within the central government of a nation. Delegates concluded their work in 1787; the ratifiction process took two years. And still, the Constitution’s interpretation changes to meet the constantly changing needs a vibrant society.

The enormity of this accomplishment is startlingly clear in the context of “Brexit,” a referendum on whether Great Britain should continue its membership in the European Union founded in 1993. The result was a vote for Britain’s exit from the EU. What that will mean for Britain remains unknown.

The European Union began its official life in 1993 with the motto “United in Diversity.” In this instance, unity did not hold.

In 1783 no nation expected American unity to last. People identified with their states, not the nation. But in their desire to crete a “more perfect union” Americans committed themselves to a great experiment that has stood the test of time. It is our unity and continual determination to live up to the ideals in the Declaraton of Independence that we celebrate on the Fourth of July. 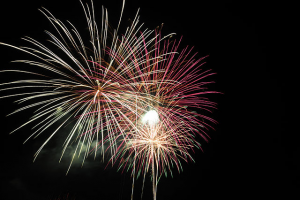 John Adams observed to Abigail: “The second day of July 1776 will be the most memorable epocha in the history of America. I am apt to believe that it will be celebrated by succeeding generations as the great anniversary festival. It ought to be commemorated as the Day of Deliverance by solemn acts of devotion to God Almighty. It ought to be solemnized with pomp and parade, with shows, games, sports, guns, bells, bonfires, and illuminations from one end of this continent to the other from this time forward forever more.”

This Day in History, Aug 2. 1776 Delegates sign Declaration of Independence

Fascinating Facts about the Declaration of Independence.