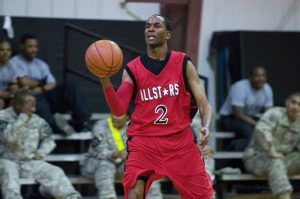 March Madness, the biggest collegiate basketball tournament of the year, is in full swing. Some might say the entire game of basketball is somewhat “mad,” an invented game of known origins. I use “mad” in the English sense: being of unsound mind or mad as a March hare. [More on the hare, later.] In NCAA basketball, the madness is in the victories of low seeded teams who aren’t expected to win. 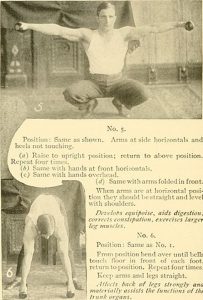 Dr. James Naismith invented basketball in 1891 to cure boredom among physical education students in the School for Christian Workers. The New England winter in Springfield, Massachusetts kept them from their usual strenuous outdoor games. Indoor activities of calisthenics and gymnastics weren’t team sports. They didn’t emphasize quick movements and agility. 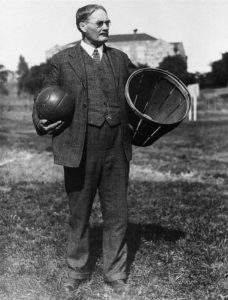 Naismith’s boss gave him two weeks to come up with an indoor team sport. He based his new game on “Duck-on-a-Rock” in which players threw stones to hit a target placed on a large boulder.

Naismith nailed two peach baskets to a balcony railings ten feet above opposite ends of the gym floor. A soccer ball was pressed into service, and the game began. 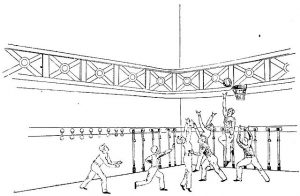 Modifications followed quickly. It was too cumbersome to stop play after every goal so the referee could climb a ladder and retrieve the ball. So the baskets lost their bottoms. In 1896 backboards appeared behind the baskets so fans couldn’t interfere with the ball. Open rims replaced the baskets and nets slowed down the ball.

The game was a hit. High school and collegiate teams formed throughout the country. 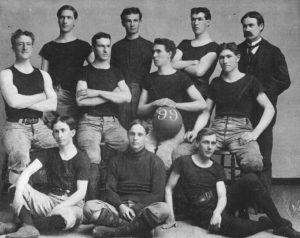 In 1908 the Illinois High School Association began a statewide basketball tournament. In 1939 one of the state officials, Henry Porter, wrote an article for their in-house magazine. He called it “March Madness.”

“A little March madness may complement and contribute

to sanity and help keep society on an even keel.”*

In 1982 a CBS sports broadcaster used the term during network coverage of an NCAA tournament. “March Madness” began to spread. In 1989 the Illinois High School Associated applied to trademark “March Madness.”

The IHSA sued the NCAA in 1996 to stop an NCAA corporate partner from distributing a CD-ROM game with the words March Madness in the title. The NCAA argued it had a common law trademark on the phrase and could therefore license it. The court upheld the NCAA argument.

March Madness 2017 began March 12 with Selection Sunday. The single elimination tournament is between 68 Division-1 college basketball teams. The champions from the 32 Division-1 conferences have automatic slots. An NCAA Select Committee names the remaining 36 teams. These are then divided into four regions with a single elimination bracket. Each team is seed ranked. Madness occurs when a lower ranked team defeats a team ranked significantly higher or manages to stay in the competition longer than expected. Eventually the teams are reduced to a Sweet Sixteen and then a Final Four. Finally one team takes all.

Publicity for small schools with a low ranking that can defeat a top ranking school or stay in competition longer than expected is extensive. Their public profile goes up. Google searches spike. In 2013, for example, Wichita State University saw a 29 percent application increase after its “Shockers” made it into the Final Four as the Number Nine seed. Successful schools have increased sales for their sports related apparel. And, enthusiastic alumni often increase their donations. 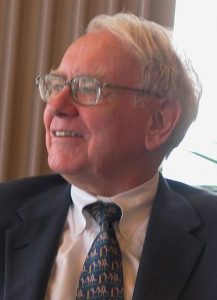 Warren Buffett, CEO of Berkshire Hathaway offers lucrative opportunities to basketball fans. In 2014 Buffett said he would give $1 billion to anyone who could correctly pick the 63 winners in March Madness. Winnings would be paid in annual installments of $25 million, or as a lump sum payment of $500 million. No one won the money, but Buffett accrued a public relations coup.

This year Buffett is running a contest for the 367,000 employees of Berkshire Hathaway. Any employee who can pick the Sweet Sixteen will win $1 million for life. Buffett will award $100,000 to the person that goes the furthest even if s/he doesn’t correctly name all sixteen. Last year two employees tied, each receiving $50,000.

MAD AS A MARCH HARE 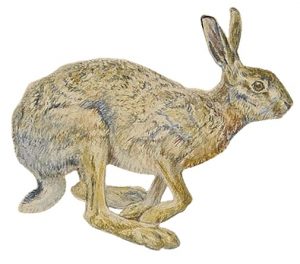 Our final topic, as promised is the March hare. Truly mad or the victim of bad publicity?

The so-called March hare is a hare in the throws of mating season. The phrase has been in use since 1500. Though breeding season lasts from January through August, March is an unusual month. Normally nocturnal males become active during the day. Dominant males fight for status. Uninterested females fight off suitors. The hares stand upright and attack each other with their paws. When the female is ready, she initiates a chase until only one male remains.

WHAT THEN IS MARCH MADNESS?

March Madness. (noun) 1. Occurring in the month of March. 2. Unusual behavior as in the mating rituals of hares. 3. Activity which upsets the norm as in a low seeded collegiate basketball team defeating a better placed opponent. 4. A gamble on predicting which teams will go forward in an NCAA Division-1 basketball tournament

U.S. Army 1st Lt. Frankie Jackson, from Wilmington N.C., with 3-38th HRC, passes the ball as his team, the All Stars play against team Thunder Cats in the final game of the Garrison March Madness tournament held at the Camp Liberty field house March 18-27. Public Domain.