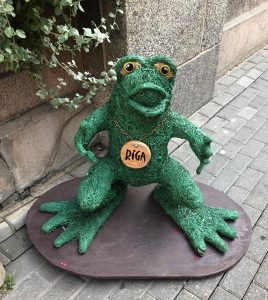 Like other Baltic States, Latvia first appeared on European maps after World War I when Russia relinquished several nations. During World War II, the Soviet Union held Latvia until the Germans took over. After the war, Latvia again fell under Soviet control, finally gaining her independence in 1991.

Since that time, Riga has become a vibrant city with an economy based on agriculture, chemicals, trade logistics, and lumber. Tourism also has a role to play. Riga is a great place to visit.

In some ways, Riga is like Venice. The true artistic elements are in building architecture and facades. In the early 20th century Mikhael Eisenstein designed a number of Art Deco buildings in a neighborhood now called the Quiet Center, because although it’s located in the center of the city, it remains a residential area. The buildings are original, highly decorative and one of the reasons Riga is a World Heritage Site. The other is Riga’s medieval Old Town. 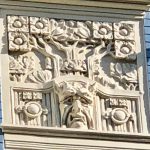 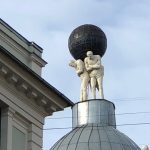 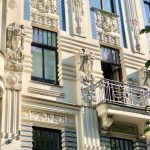 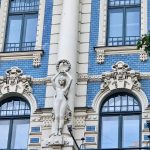 One of Riga’s more interesting stories is about a Black Cat. The black cat is the sign of peddlers. There was once a prosperous merchant who wasn’t allowed to join the large merchant guild, because he wasn’t German. (At the time, Germany dominated Riga.)  In revenge the merchant put images of 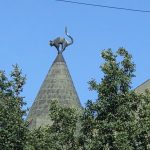 black cats in front of his windows so that every time the guild members looked out, they saw the hindquarters of a black cat. They sued, but the cats remained. Eventually the merchant was admitted to the guild. Clearly, the cat still remains several hundred years later. 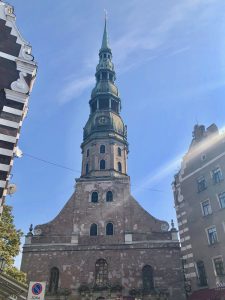 St. Peter’s Church has the highest church spire in Riga. At the top is a cockerel (rooster) which is said to symbolize St. Peter because Jesus told him that before the rooster crowed three times Peter would deny Jesus. In order to prevent a similar disaster, it’s important to place the rooster as high as possible so his crowing can be heard. The rooster is also thought to defend against evil and can drive away bad things with his morning song. 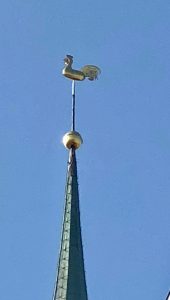 The rooster on a Latvian church steeple is also a wind indicator, important since Riga is a seaport and sailing vessels need to know the direction of the wind. Roosters are on all the church steeples near the Daugava River. 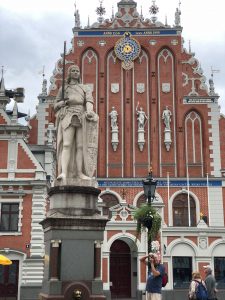 At the Medieval Market Square, there is a beautiful replica of the 1324 guild house for the Guild of Blackheads. The Brotherhood of Blackheads was an association of local bachelor merchants, ship owners, and foreigners active in trade. The association committed itself to defend the city and in the 16th century presented the city with rock hurling machines, cannons, and small caliber weapons. A statue of Roland also stands in the Square, representing the city’s freedom from the nobility. 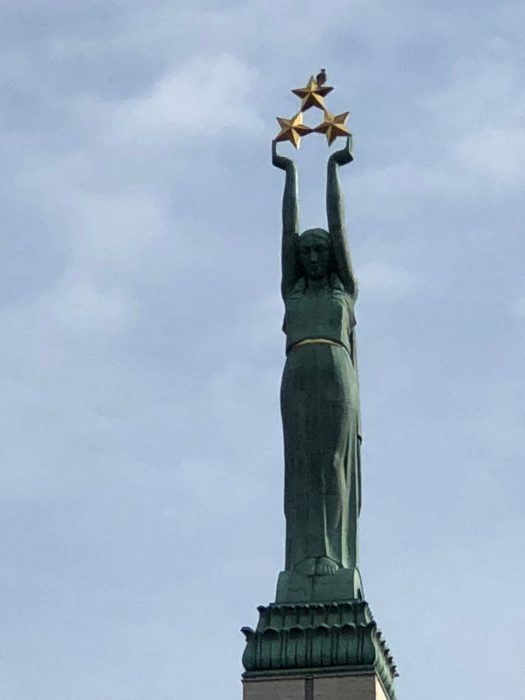 The Freedom Monument honors soldiers killed in the Latvian War of Independence (1918-1920) and was unveiled in 1935. At the top Liberty holds three gilded stars symbolizing the three districts of Latvia. The monument is in the center of Freedom Boulevard, near the Old Town.

The surrounding Baston Hill Park offers numerous walkways and artistic sculptures. One of these honors George Armitstead (1847-1912) the fourth mayor of Riga who took advantage of an economic upturn to transform Riga into a major European city.  Tsar Nicholas II was so impressed, he invited the mayor to do the same for St. Petersburg. Armitstead declined the honor. The statue includes Armitstead’s German wife, Cecile Pychiau and (presumably) their pet dog. I did hear that the dog was added by the Chinese donor who funded the statue. Queen Elizabeth II unveiled the statue on a visit to Riga in 2006. 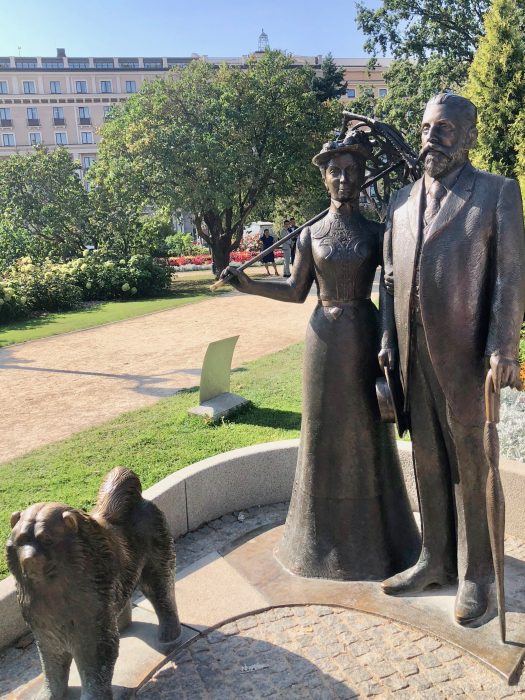