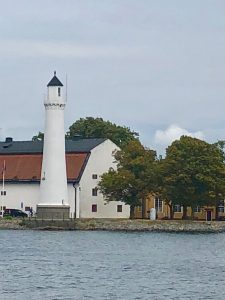 Once upon a time in the 17th century, Sweden took direct control of the Baltic region and emerged as a Great Power. In 1680 Charles IX decided to relocate the Royal Swedish Navy from Stockholm to Trossö Island, one of thirty islands in the Blekinge archipelago. The new city was called Karlskrona – In 1711, a shipyard was founded nearby. The shipyard is now considered to be the best preserved example of a naval city that was planned and constructed in 17th century Europe.

Before building his city, Charles had to acquire the land, which he “persuaded” the owner to sell by throwing him in prison until he agreed. The king also needed workers, and offered them housing. Naval crewmen were housed in an area next to the shipyard called Västerudd. Houses were simple, situated with their gables against the street, and behind the plank they could cultivate small gardens. 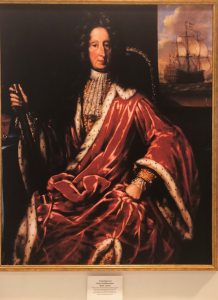 The king brought in experts to build his town from the ground up on land that had no water. Admiral Hans Wachtmeister (1641-1714) designed the town with a number of adaptation. Roofs were built with squares to catch rainwater. They designed ships with open bows that could scoop up water while going up river. The problem of getting water out of the ships going into dry dock for the winter when there was little tidal action to drain the ships, led to the development of pumps. 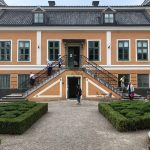 The Blekinge Museum is the repository for all things historical in Karlskrona, including Admiral Wachtmeister’s house built in 1704 and partially restored. The house befits a man of the admiral’s social standing with its symmetrical baroque design.

Visiting groups are treated to a small meal that would have been served in the late 17th century. Since Sweden was part of extensive trading networks, non local items were served. Lemons preserved in salt were a popular item. Up until the 18th century, the meal began with a pre-dinner drink. Men indulged in potent schnapps that were about 50 per cent proof, and then spiced to hide the unpleasant tastes. The spices might include cardamon and cinnamon. Meals weren’t served in courses. All the items came at once, later giving us the term smorgasbord. Other items on the menu included Greek olives, rye bread, and herring

In the main display hall there’s a replica of housing enjoyed by the workers and their very large families. The small shelter looks like a pleasant cottage, but must have been terribly overcrowded when people had to stay inside during the winter. 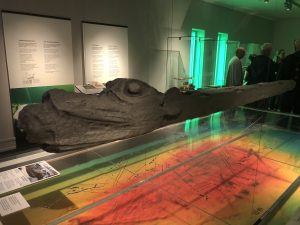 A famous find in the museum is the Danish Flagship “Gribshunden” or Griffin Hound, a ship built in 1495. It was discovered underwater after 520 years but with little damage because the Baltic is too cold for the worms that like to eat wood. It is the first ship from this era that has been discovered intact. The discovery that attracted the most attention was the prow figurehead with its monster teeth. It was raised in 2015. 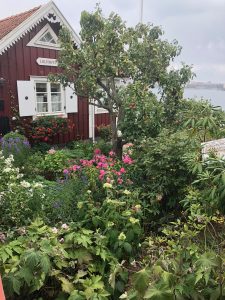 Brändaholm on the Island of Dragsö is a unique pedestrian community across a bridge from Karlskrona. Founded as a community garden in 1923, the island has 45 small houses with gardens that can only be purchased by residents of Karlskrona. The house size is restricted to 32 square meters and all feature gardens. These are generally summer houses, because water is only piped to the island during the summer. The pathway through the island is frequented by the general public. I felt a bit intrusive, peering into the meticulous gardens. When I mentioned my concern to the guide, she shrugged her shoulders and said anyone who has a house in Brändaholm expects the pedestrian traffic. The houses are seldom, if ever, for sale. 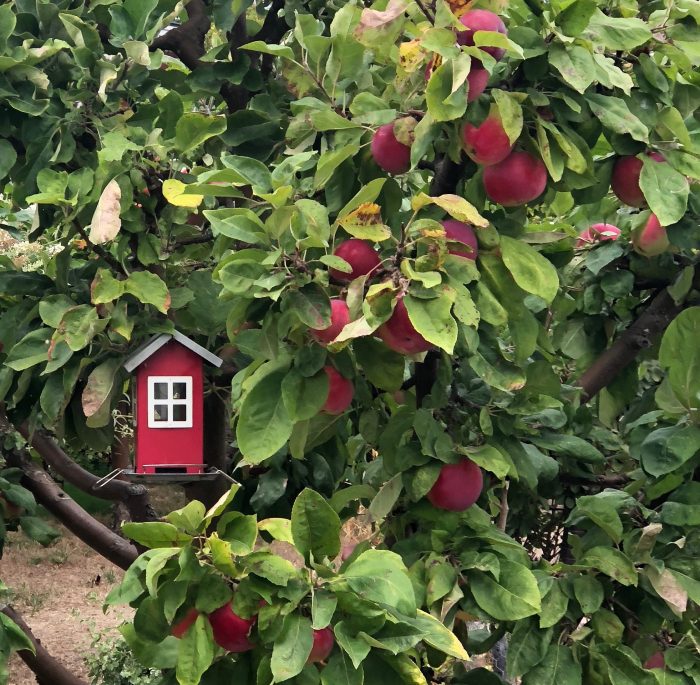