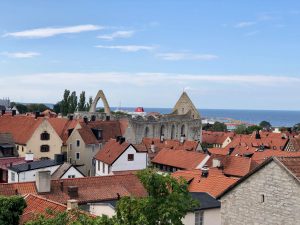 Once a major trading center in the Hanseatic League, VISBY on the ISLAND of GOTTLAND is a charming glimpse into the past, said to be the best preserved medieval city in Scandinavia. The 13th century walls are the strongest and most extensive in Scandinavia. At the opposite extreme, is Gallows Hill, probably built in the 15th century and visible at sea. The three stone pillars of the gallows were united with beams. 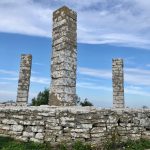 Prisoners were suspended on the beams with hooks and ropes, and were often left hanging until their remains either rotted, or were eaten by birds. The last execution was in 1845. Today Gallows Hill is better known as a viewpoint. 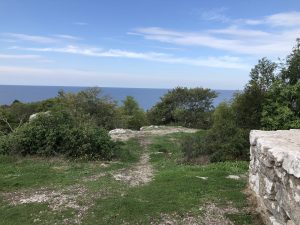 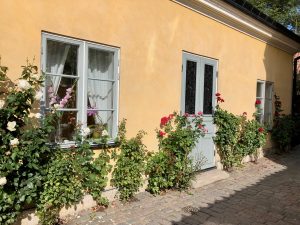 Visby is a charming town of gardens and well-kept small houses in the historic area. The Botanical Gardens are close to the beach, yet protected by the city wall from storms. 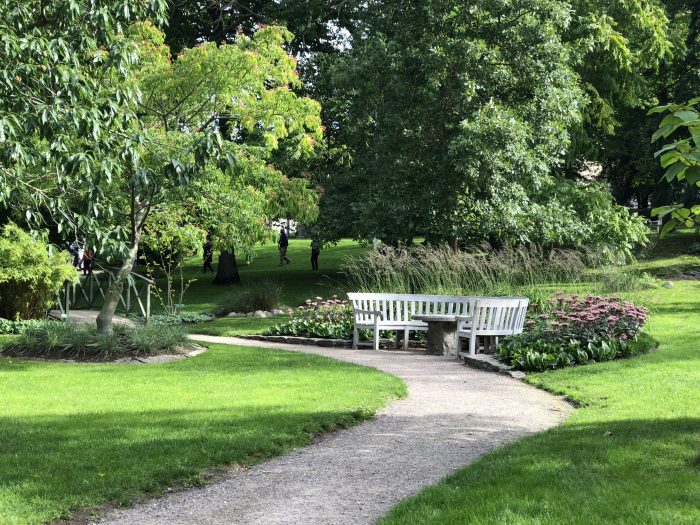 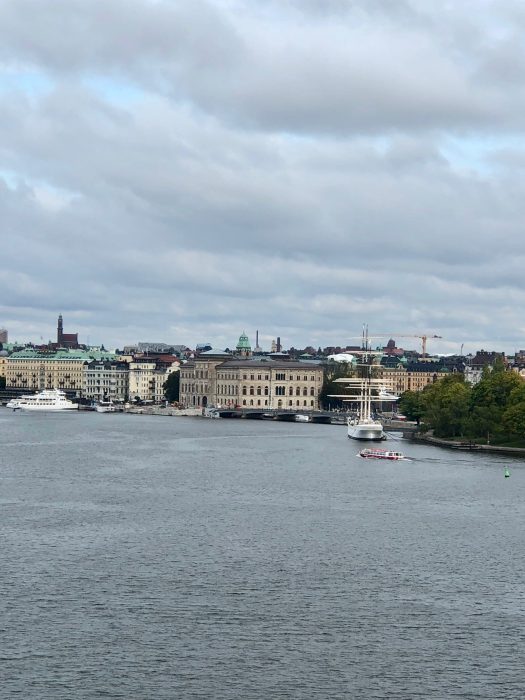 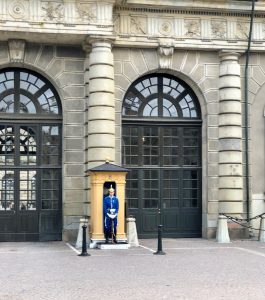 It’s impossible to leave our visit to Sweden without stopping off in Stockholm. There are many things to do, but, as usual, I opted for the historical tour. This began at the Royal Palace which is mostly a municipal center and a chance for visitors to see the Changing of the Guard. It may not be as impressive as the ritual at Buckingham Palace, but it’s no less sincere. During their training, army recruits serve three months in the Household Guards.

From the palace it’s a short walk Stortorget (The Big Square). Notable buildings include the Swedish Academy building, home of the Nobel Prize Committee. Of more interest to me: the well in continuous use since the 13th century, and still dispensing potable water, and the small side streets like Trångsund .

Stadshuset (City Hall) is on the eastern tip of Kungsholmen Island is an interesting building built between 1911 and 1923. The entire building has eight million bricks. City hall serves the usual municipal functions, including the Registry Office for weddings. Couples choose one of two ceremonies. One takes three minutes; the other, one and a half minutes.

Within the exterior facade is a marble statue called Loki’s Punishment. The artist is Ida Matton. I was puzzled about the subject matter, though I assumed it had to do with Norse mythology. Here’s the legend behind the sculpture. Loki was a Norse trickster god who offended the gods frequently and often. Eventually, the gods captured Loki, forged a chain around him, and tied him down to three rocks inside a cave. A venomous serpent was placed above him, dripping poison onto him. Loki’s apparently very faithful and loving wife, Sigyn, sat at his side with a bowl to catch the venom. But when the bowl became full, she had to leave her husband’s side to pour it out. When this happened, the drops of venom that fell onto Loki caused him to writhe in agony. This, according to the legend, is what causes earthquakes in the human world. 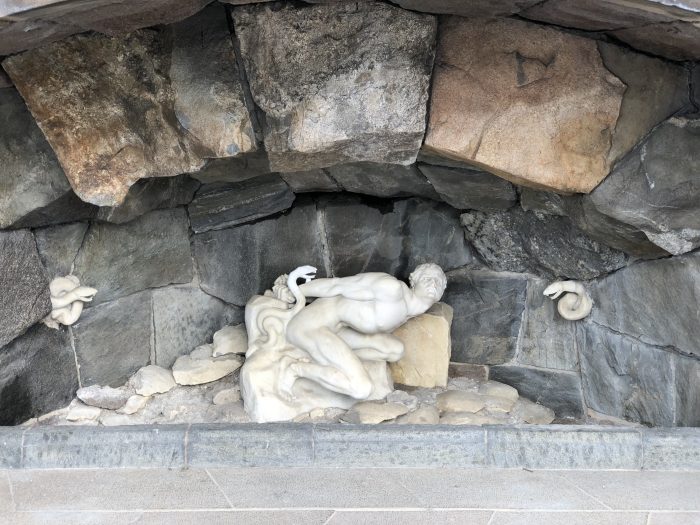 Between the city hall building and the shore of Lake Mälaren is a charming pocket park, popular with tourists and residents, especially on a sunny day. 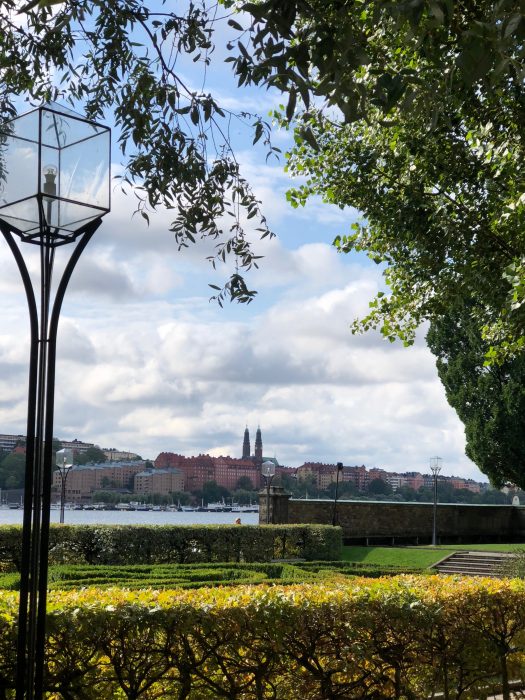