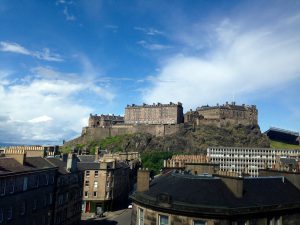 I don’t know anyone who thinks about Edinburgh without envisioning the castle that looms over the entire city, both Old Town and New Town, so I think it only fair to begin the saga of my Edinburgh sojourn with a bit of background on this iconic sight. 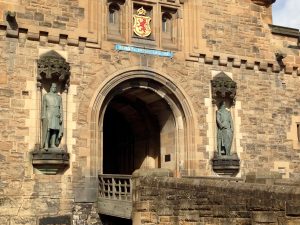 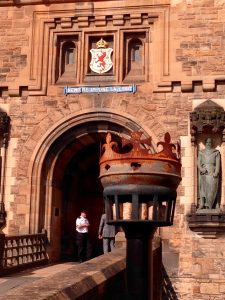 Though visible from throughout the central city, the castle is the symbol of Old Town. It is built on top of the remnants of an extinct volcano, with the walls dissolving directly onto exposed bedrock. 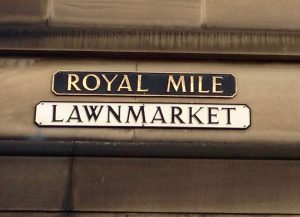 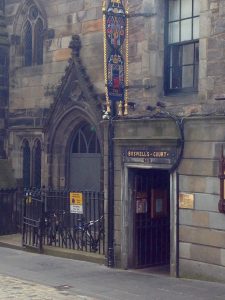 Old Town began along the High Street, generally known as the Royal Mile, because it runs from the castle to Holyrood Palace, still the queen’s official residence when she visits Edinburgh. The town developed from the Royal Mile in a medieval fishbone pattern with narrow closes, wynds, and courts. Citizens wanted to live within the city walls, and did so in blended neighborhoods. 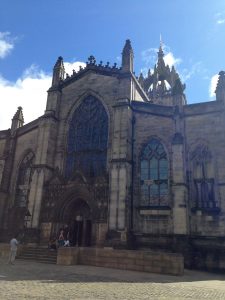 In 1751 the population was about 50,000 in addition to freely wandering livestock. The area was prone to fires, often ravaged by epidemics, and notorious for crime, drunkenness, and ghosts. Leading citizens were aware that something needed to be done to improve the city, but it wasn’t until a 6-story tenement building near the city center collapsed without warning that they were motivated to do anything . This could be due to the fact that fatalities included members of Edinburgh’s leading families. Investigation revealed that many other buildings were on the verge of collapse. These were pulled down, which left much of the city center in ruins. Rebuilding was inevitable. 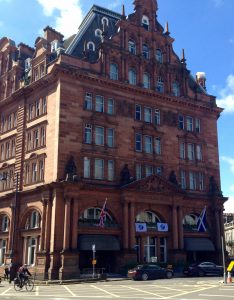 George Drummond got things going by taking up a public subscription to build a new Royal Exchange for merchants to do business. In 1752 he held a contest for the best city plan. The winning plan took advantage of the 100 acres which were added to the city boundaries, and led to the construction of New Town. The new design featured a grid pattern with three parallel wide roads which are still prominent: Princes Street, George Street, and Queen Street. Wealthy citizens fled Old Town for New Town’s elegant squares, Georgian architecture and fine gardens. 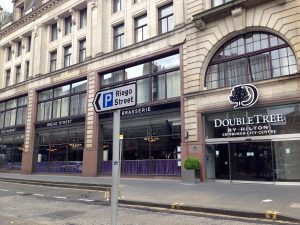 We stayed at the DoubleTree Hilton in what is now called Edinburgh’s City Center. It was a convenient location near the Royal Mile, in walking distance to New Town, and most importantly a 20 minute walk to the Scottish National Library.

It is a site with an interesting history. The building is a category A listed building, that was once three buildings built between 1892 and 1937. 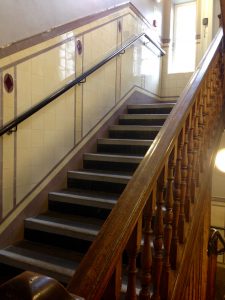 In 1914, Mr. Marwick put together a “V” shaped block with a circular point at the junction of Bread Street and East Fountainbridge, resulting in a 4-story beaux arts department store.

T. Waller Marwick continued to develop the site, creating a more modern department store – featuring the first example of “curtain walling”* in Scotland. This area, on the other side of Chanters, is now the DoubleTree Conference Center. 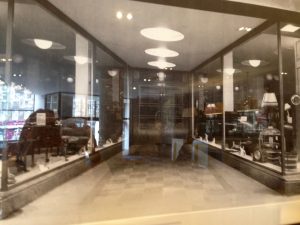 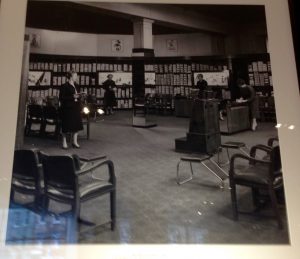 In 1995 all of the structures were converted into the Point Hotel, which became a DoubleTree in 2014.

*In this case, curtain walling is a thin wall with in-fills of glass. The framing is attached to the building structure.

Photos by Author. All rights reserved.

2 thoughts on “FIRST IMPRESSIONS OF EDINBURGH”