March is National Women’s History Month – Today it’s a time to celebrate women’s achievements, but in March of 1978 women were virtually invisible. The most public position women held was as wives and mothers. Professionally women were teachers, nurses, and secretaries – at least until marriage took them away from all that drudgery.

The image above is a painting by Juana Romani, an Italian artist who died in 1924. Juana titled the portrait Giovanella. My standard internet search engine revealed several additional paintings, but no information on the artist. Juana Romani’s apparent anonymity is a metaphor for women in post World War II America. You could see them, but that was about it.

In 1978 an Education Task Force of the Sonoma County Commission on the Status of Women decided to rectify women’s omission from school curriculum by building a Women’s History Week around International Women’s Day. Special programs took place in the schools and the week culminated in a parade through downtown Santa Rosa, California. 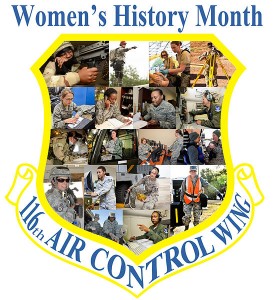 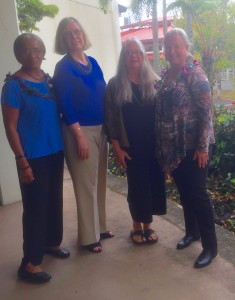 Friday I attended a Women’s History Month Celebration of a very personal nature.

In 1988 I was a new faculty member at the University of Hawai`i – Hilo. Three of the women who preceded me on that faculty are in the photo above – Sonia Juvik on the left; Susan Brown, second from the right; and Kenny Simons on the right. I was the only woman in my department and generally the only woman at any given committee meeting, a situation we had in common.

The four of us talked. And out of our discussions came an idea. We could form an interdisciplinary Women’s Studies Certificate Program cross-listing courses we were offering in our respective departments. A program that would encourage students interested in women’s studies offerings as well as motivating departments to offer courses that fit the program. Together we formed a Steering Committee, and I became the first “Facilitator.” In 1990 there were 600 Women’s Studies Programs in the United States. In 1991, we added our program to those national statistics.

We had much to celebrate yesterday. It was the 25th Anniversary of the Women’s Studies Program. Like its founders and participants, the program has changed over time. This year marks the beginning of the Gender and Women’s Studies Major. The first three graduates will receive their degrees in May.

And so for a few hours each of the individuals who had served as Women’s Studies Facilitator since 1991 shared stories about what the program meant to them personally, the impact it had on students over the years, and how likeminded people can accomplish a great deal. It was a team effort. I’m proud to have been a part of it.