This past Friday, January 20, Donald Trump became the 45th President of the United States. The election was close. The popular vote went to Democratic candidate Hillary Clinton, but the Electoral Vote – the vote that actually elects the president went to Donald Trump.

Not only was the election close, but many Americans find it impossible to comprehend how the candidate with a majority of the popular vote could possibly lose the presidential election.

So where did the Electoral College come from?

The ELECTORAL COLLEGE is the result of substantial debate at the Constitutional Convention of 1787 — a time of very different sensibilities. Delegates couldn’t envision of time when the United States would have either political parties or universal voting rights. Most states restricted the vote to those citizens who held property.

Everyone at the Constitutional Convention assumed George Washington would be the first president – as indeed he was. Washington was the only name most Americans knew. The delegates worried that after Washington, people wouldn’t know of viable candidates outside of their own state. They thought of the Electors as a special type of Congress named by each state. A state’s number of Electors would be determined by the total number of senators and representatives elected by each state. This would allow each state’s population to be a factor. 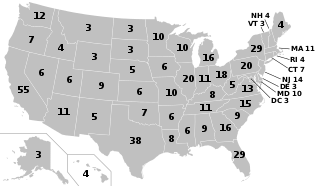 Originally, the Elector could vote for any two candidates as long as one was not from their home state. The man with the most votes would be president. The first runner-up would be vice-president. If no one held a winning majority, the election would go into the House of Representatives (the only body directly elected by the voters). Each state would have one vote. The Founders expected the Electoral College to function more as a nominating body with the House making the actual selection of president.

TODAY each political party within a state presents a slate of Electors. When voters cast their ballots for President, they also elect the Electors.* The Electors aren’t required to vote according to a state’s popular vote, but they usually do.

The tension between the numbers in the voting population and the total number of a state’s congressional delegation is meant to prevent more populous states from dominating smaller states.

The Trump-Clinton Election is the most recent in a long line of controversial, closely-fought elections. I count eight such elections, though others might point to more or less. These elections demonstrate the changing electorate as Americans debate the future of the nation. I propose to look at four this week and four next week. 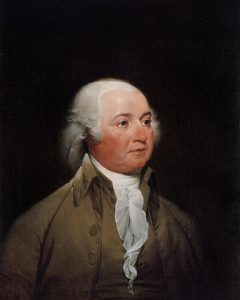 George Washington served two terms as president, which he thought was enough for any man. Since Washington took office in 1790, factions had developed in the electorate. Americans didn’t have formal political parties, but they were beginning to coalesce around key political figures. 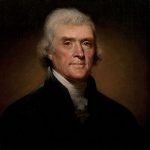 Since it wasn’t appropriate then for candidates to openly campaign, their friends and allies did the job. Each state chose Electors in a different way and Electors could vote how they wished – even for candidates of opposing “parties.” Candidates John Adams and Thomas Jefferson had widely differing views on almost everything and could hardly stand each other.

The Founders thought that once a candidate was elected to office, everyone would put aside their differences in favor of the “greater good.” This proved not to be the case. By 1800 Federalists and Democratic-Republicans were clearly in opposition. The Federalist party also split between Adams and Alexander Hamilton.
The campaign became decidedly uncivil. Federalists attacked Jefferson as a godless supporter of the French Revolution who would unleash bloody terror on the country. Democratic-Republicans charged Adams was a fool and a tyrant who wanted people to call him “Your Excellency.” 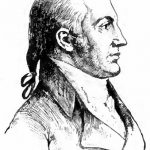 Jefferson and Burr tied at 73 Electoral Votes each which threw the election into the Federalist controlled House of Representatives. This presents an interesting situation since the tied vote was between Democratic-Republicans. Thirty-five ballots were cast without result. Finally Alexander Hamilton convinced a few delegations who refused to vote for a Democratic-Republican to turn in blank ballots. This allowed the victory to go to Jefferson. Burr was enraged. In 1804 Burr killed Hamilton in a duel. 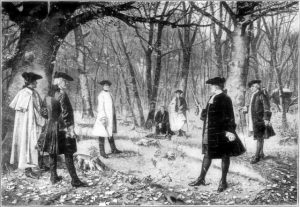 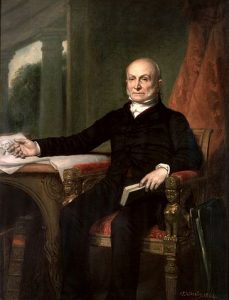 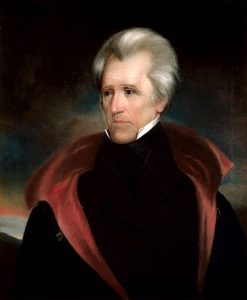 Politics changed after 1800. More people had voting rights. The 12th Amendment to the Constitution was ratified in 1804. This required that the president and vice-president be from the same political party. It also stipulated that when an election was thrown into the House of Representatives, only the top three candidates would be considered.

There were four candidates in 1824. John Quincy Adams, son of the second president, would become the last president to wear knee-breeches. Adams’ primary rival was Andrew Jackson, known as the victor at the Battle of New Orleans. There were two other candidates: William Crawford and Henry Clay.

Jackson had a majority of Electoral Votes and popular votes, but his percentage of Electoral Votes tied with those of John Quincy Adams. The election went to the House of Representatives. Henry Clay was eliminated and told his supporters to give their votes to John Quincy Adams. Jackson supporters believed Clay had stolen Jackson’s election. Their suspicions were confirmed when Adams named Clay as his Secretary of State.

Jackson supporters immediately began their campaign for the 1828 election. Campaign Manager Martin van Buren put together a political coalition that held until 1860. Jackson’s party became the Democratic Party on a platform of States Rights and Popular Democracy.

Jackson supporters made much of their candidate’s nickname – Old Hickory. Jackson, they said, was tough as hickory wood. Supporters put up hickory poles. They distributed hickory toothpicks and held barbecues fired by hickory chips. They attacked Adams for his legalism, for marrying a foreign-born wife, and spread the rumor that during his diplomatic career Adams procured American virgins for the Russian czar.

Adams’ supporters accused Jackson of murders, personal violence, and living with his wife before her divorce was final.

Between 1796 and 1828 the United States moved from a largely agrarian economy to one of booming commerce and expansion. The electorate expanded to include most white males. The physical geography of the country grew from a boundary at the Mississippi River to one that extended that reached westward into the Northwest Territories. An increasing number of Americans concluded that slavery was not compatible with the concept that “all men are created equal.” Elections became more volatile. The 1860 presidential election would trigger what some historians call the Second American Revolution.

*Nebraska and Maine have a proportional distribution of Electors.