How often has this happened to you? You’re concentrating on a task … or thinking about concentrating on a task, and suddenly you realize you’ve been asleep. If you were in the act of writing at the time, there’s a wiggly line slithering off the edge of the page. Not only are the notes nonexistent, there’s that sinking feeling that someone saw your quick ‘kip.’ Yep, you hit “the wall.”

That’s what happened to this woman.

[No doubt her brother would have used an iPhone today.]

What do you suppose enticed her to drift off?

Or is she trying to surmount “THE WALL?”

Here we see computer generated dummies are bracing for impact into the proverbial brick wall. 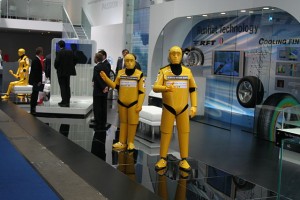 I find these dummies from a 2007 automobile show in Frankfurt quite personable,

You might be wondering what these dummies have to do with a sudden attack of the naps. 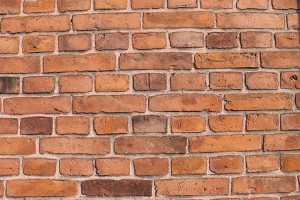 The metaphor can refer to several experiences. [Runners, by the way, no longer talk about hitting a wall. They now encounter bonks.]

Anyway, the proverbial  brick wall is any obstacle that keeps us from achieving our goal, and it takes various forms. It might be the feeling that there will never be enough hours in the day to achieve our goal or that there are too many hurdles to jump on the way to the finish line.

There are at least three ways we can meet the wall.

Option 1: We can adjust our helmets and crash directly into it.

Downside: We breech the wall but can’t take advantage of the opening. 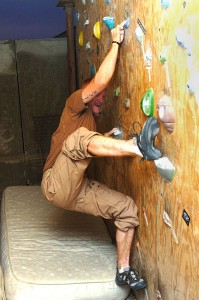 Option 2: Climb over the wall one brick and toehold at a time.

Option 3: We can relax, recharge, and begin again.

One small nap; one moment of calm can renew our focus.

Which option will you choose the next time you feel overwhelmed?

Featured Image: Drawing of a Woman in a Window by her brother Aldoph Menzel in 1843. Public Domain. Wikimedia Commons.