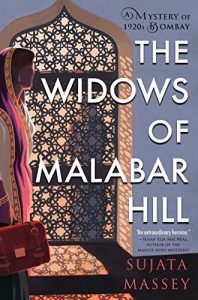 Good historical fiction takes the reader into an authentic world where the story is presented against the backdrop of actual customs and material culture, for example, food as it is eaten and prepared or family customs such as purdah, the seclusion of women within the household. When there’s also a mystery involved, it becomes more engaging.

Sujata Massey’s THE WIDOWS OF MALABAR HILL (2018) opens the author’s new Perveen Mistry mystery series. Set in 1920s Bombay, Massy’s protagonist Perveen Mistry has a lot on her plate. A woman with a scandalous past, she followed her heart into a disastrous marriage that led to formal separation. The daughter of a prominent Parsi lawyer, she completed her legal studies at Oxford, but cannot present cases at court. She works with her father at Mistry Law.

One day she opens a letter pertaining to an estate settlement. Omar Farid has died, leaving behind three widows and four children. All continue to live in seclusion in the family home, their only contact with the outside word via a screened window within the house. The family agent says the widows want to give up their dower inheritance to a family charity.

And so a tale of intrigue and murder begins as Mistry goes to the house to speak to her clients. Do they know what they signed away? Why did they do it? As Mistry pushes into the mystery, she almost forfeits her life. 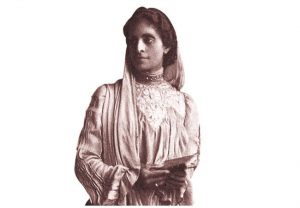 Massey modeled her lead character on Cornelia Sorabji, the first woman barrister in India. The challenges facing women seeking a profession at the time become clear. Cultural adaptation is also part of the mix, from women living in complete seclusion, to those who withdraw for menstruation, to households that have moved away from these customs. How do women find their way into the modern world? How can they avoid it?

The Widows of Malabar Hill is a very good read, well-researched and well-written. 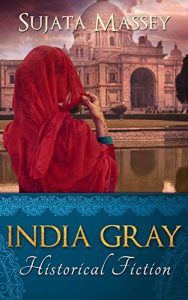 Perveen Mistry made her first appearance on the written page as one of four stories in INDIA GRAY: HISTORICAL FICTION BOXED SET (2015). As if interviewing a character to see how she will do, Massey opens the book with “Outnumbered at Oxford.” While Perveen studies law, she’s asked to look for an Indian servant, which leads to her first mystery.

I found the second story, “The Ayah’s Tale” to be more engaging. Menakshi Dutt looks after the three Milling children. The children’s complete dependence on their ayah for everything is startling, as is their mother’s seeming indifference. The matter-of-fact cultural racism endured by Menakshi who will be known as Big Ayah is jarring. In the end . . . But that would spoil the story.

India Gray tells the story of a Bengali woman married to an Englishman She works at a military hospital in Assam during World War II. When she discovers some of her patients have ties to the independence movement, where do her loyalties lie?

Bitter Tea concludes the book the struggles still faced by women and girls in areas controlled by religious fundamentalists.

Photograph of Cornelia Sorabji in the Public Domain.