We see Alexander Hamilton every time we take out a ten dollar bill. Our first Secretary of the Treasury, Hamilton believed in a strong central government led by the executive branch, established the national debt as a means of developing international credit, and built the Bank of the United States. Alone among the Founding Fathers, Alexander Hamilton supported the abolition of slavery.

Thomas Jefferson opposed Hamilton on almost every issue. Jefferson advocated a nation of agriculture rather than commerce, a strict interpretation of the Constitution, and abhorred the very idea of a national debt. Jefferson became president, but his currency visage on the two dollar bill is seldom seen. 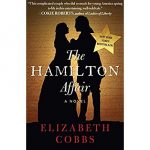 Elizabeth Cobbs’ The Hamilton Affair depicts the romance, marriage, and struggles of Alexander Hamilton and Elizabeth Schuyler, allowing each character to speak in alternating chapters. The title itself refers to the infamous affair between Alexander and Maria Lewis Reynolds that became the first known national scandal related to infidelity.

Elizabeth Schuyler, daughter of a wealthy, prominent New York family falls in love with Alexander Hamilton, a bastard (not a nice term in those days) from the Caribbean who gains social acceptance as an aide-de-camp to General George Washington. The couple marries in 1780. Eleven years later, Hamilton becomes involved with a married woman, Maria Reynolds. In 1797 news of the affair and blackmail payments are public knowledge. Which only proves how frequently and often history repeats itself.

Hamilton meets his death in a duel with Aaron Burr in 1804, leaving Elizabeth deeply in debt. She recovers and enters a life of public service.

Elizabeth Cobb, who holds a Ph.D. In American history and several prestigious appointments, is a worthy practitioner of historical fiction. The Hamilton Affair is well-researched, well-written, and entertaining. 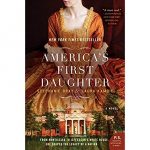 America’s First Daughter takes up the life of Thomas Jefferson’s oldest child Martha, who was always referred to as Patsy. When Patsy was ten years old her mother died, having famously requested her husband not to remarry. Technically, he didn’t.

At age twelve Patsy accompanies her father to Paris and remains with him until he concludes his term as Minister to France. She attends a convent school until she expresses an interest in converting to

Catholicism at which point Jefferson removes Patsy and her sister from the school.

It appears Patsy’s first love was William Short, her father’s private secretary. But Patsy’s allegiance belongs to her father. The family returns to Virginia. Patsy marries her third cousin Thomas Mann Randolph, Jr. the following year. Patsy gives birth to thirteen children, serves as hostess when her father is president, and eventually leaves her abusive husband. Patsy’s grave is at her father’s feet in the family plot at Monticello.

Both The Hamilton Affair and America’s First Daughter introduce readers to the people, culture, and atmosphere of a young United States — a time so removed from ours the books are travel guides to a different age.