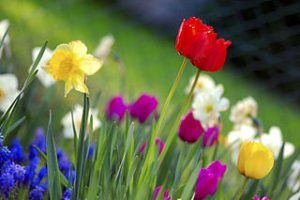 Six weeks ago the groundhog saw his shadow and declared winter wasn’t over. Between then and now we’ve had indicators that spring was on the way. Holi, a moveable festival, took place on March 2.  Daylight Savings Time in the U.S. started last Sunday.

But tomorrow is the Spring Equinox when Spring becomes official in the Northern Hemisphere. An  equinox is when light and darkness are approximately equal. In Spring the hours of daylight lengthen, and life begins its annual renewal. It’s a time to celebrate.

Spring festivals abound. Prior to the Julian Calendar in 45 BCE, the spring equinox marked the beginning of the new year. Time may have moved to January, but spring continues to mark renewal, new beginnings, and ancient customs.

The tradition of decorating eggs, for example, began long before Christians adapted the custom to Easter. Goddess Ostara, a moon goddess of spring and fertility, held an egg as a symbol of fertility. Her sacred animal was a hare that laid eggs. Hence the still celebrated Easter Bunny.

Druids buried eggs to insure fertility of the land. Beforehand they dyed the eggs red to symbolize menstrual blood and draw life force into the land.

In ancient Egypt and Persia people exchanged decorated eggs at the spring equinox. Hundreds of years later King Edward I’s household record shows his order to decorate 450 eggs to be given as Easter gifts. 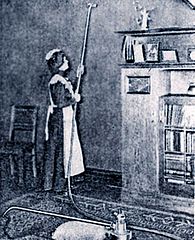 Another custom of the season is Spring Cleaning, now a synonym for “deep cleaning.” More than a chance to open up the house to fresh spring air, Spring Cleaning underpins two spring festivals.

Iranian tradition celebrates the new year as Now Rouz. Two weeks prior, Iranians embark on khaneh takani, the “Shaking of the House.” The entire house is scoured, and fresh flowers are brought in to renew energy.

The Jewish custom of Pesah, Passover, also involves cleaning. Passover celebrates the Hebrew escape from Egypt when the people had no time to bake leavened bread. Prior to the festival believers deep clean their house to remove any crumbs of leavened bread that may have escaped normal cleaning.

Whether you “Spring Clean” or not, Spring is a time of Joy, Renewal and New Life. It’s about going outside and experiencing all that Nature has to offer. Enjoy this seasonal bridge between Winter and Summer.

Josh Clark. “Why do we Traditionally Clean our Homes at the Beginning of Spring?” How Stuff Works.