and not even a complicated version.

I play Klondike, the same game I learned to play with – gasp – actual playing cards. I love the colorful backgrounds, the tiny cards and the happy dance they do when I occasionally win. I love how looking a my smartphone makes me look deep in thought … or not.

And what is your excuse for wasting time on this game when you could be reading a newsfeed or Facebook?

It was my grandmother, Your Honor, except it wasn’t her fault. She was busy. It was a hot summer afternoon, and I was bored as only an eight-year-old can be. She handed me a deck of cards, and I was hooked.

Your Honor, you have to understand, I’m not wasting time. I’m exercising my mind. For instance, did you know … 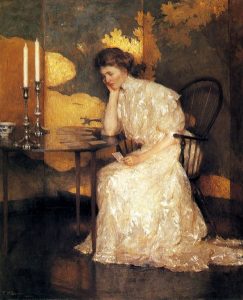 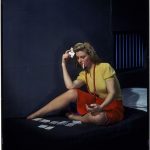 In fact, Your Honor, Solitaire became a universal way to occupy hours of tedium.

There were a few drawbacks. During the course of the game, all the card suits ended up together, so the deck had to be shuffled several times before the next game. The game also took up table space and was visible to passers by – who often suggested playing a card that you were about to move. Of course you were.

Anyway, during the 1960s Paul Alfille came up with a game called Free Cell which he based on Solitaire. Loved the game. Hated shuffling the deck. By 1979 Alfille had created a coded computer version of his game that could support up to 1,000 users at a time on terminals connected to a mainframe computer at the University of Illinois. The game went viral, but this was just the beginning. 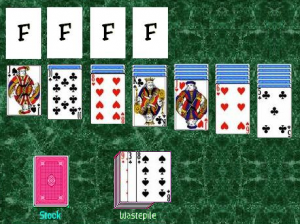 In 1990 Microsoft launched Windows 3.0 and included the Solitaire game. Designers correctly guessed the best way to help users become comfortable with using a mouse would be by dragging cards.

Your Honor, I was one of those users. It was a high learning curve for me — I had a tendency to let go of the mouse too soon. But I digress.

The introduction of computer Solitaire changed the habits of working people. Microsoft set up the program so it could be hidden if anyone came by the worker’s desk or cubicle. Some companies saw the threat immediately. Coca-Cola, Sears, and Boeing banned their use. Many workers learned to be discreet in their card playing.

And if they didn’t?

Well, Your Honor, there was the case of Edward Greenwood IX. In 2006 he had a nice job for the City of New York as an assistant in the city’s lobbying office at the state capital in Albany. One day, Mayor Bloomberg paid a visit and while Greenwood was away from his desk, the mayor noticed computer solitaire on the screen.

This is why you should always close your screens when you leave your desk.

Mayor Bloomberg fired Greenwood, saying city employees were not paid to play at the workplace.

Lastly, Your Honor, I confess that I embrace Solitaire’s therapeutic qualities and play the game on my smartphone all over town — every office I wait in; every line I stand in. It keeps me from rolling my eyes at the person two carts ahead of me who wants to pay in cash with pennies. It directs my attention away from how long I’ve been waiting. It keeps me relaxed when someone’s child is having the tantrum I want to throw.

So, please, Your Honor, don’t take my Solitaire away.

I’ll cut back, I promise.