Poinsettia plants appear every December in plant stores, florists, grocery stores, fund raising inventories, and even back yards. They come in a variety of colors. Red remains the most popular, but there are whites, pink and whites, purple, yellow, orange and salmon. This year I chose red, but I’ve also had pinks and whites.

Like many others, I try to plant these hothouse plants in the backyard so they will bloom again the next year. One time we had a brilliant red poinsettia bush. It bloomed with abandon for several years, and then abruptly died. But I persist.

Poinsettias are tropical plants indigenous to Mexico where they are a perennial shrub that can reach a height of 13 feet. The Aztecs used the colorful leaves to produce a red dye and the sap as a medication to reduce fevers. In Nahuatl, the Aztec language, the plant is called Cuitlaxochiti, “flower that grows in residues or soil.” An accurate, if not poetic, description.

Today the poinsettia is often called the Christmas Eve Flower, in part due to a legend from 16th century Mexico. Once upon a time, everyone in the village brought expensive gifts to the Baby Jesus. But Maria was too poor to give anything. When she approached the altar, an angel appeared and told Maria to gather weeds from the roadside and bring them to the altar. To everyone’s amazement crimson blossoms sprouted from the leaves. A Christmas miracle.

Joel Roberts Poinsett was the first American Minister to Mexico. In 1825 he found the crimson plants growing on the hillsides of Taxco. Enchanted, he sent cuttings to his home in Greenville, South Carolina. The plants flourished in Poinsett’s greenhouse and he began to give them away.

Officially known as Euphorbia pulcherrima, most of us know this Christmas Flower as Poinsettia. December 12, the day Poinsett died in 1851, is officially called Poinsettia Day. 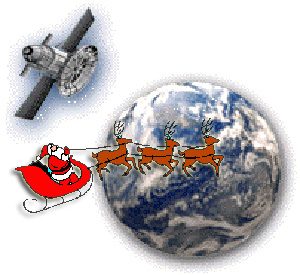 I’m going to take some holiday time for the next couple weeks. I’ll be back on January 9, 2017.