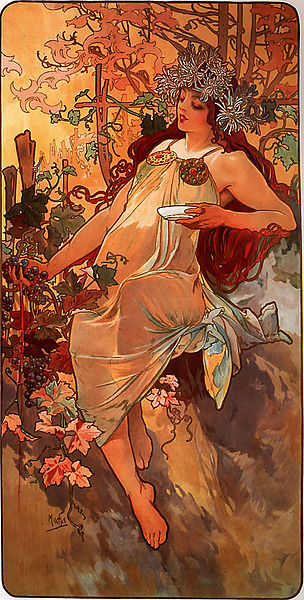 Saturday is the Autumn Equinox. Lying between Summer and Winter, Autumn has a languid feeling, especially at the beginning. The nights are shorter, but Daylight Savings Time is still in effect. The days are cooler, but not cold. Football comes into its regular season.

And best of all, Oktoberfest begins in Munich this Saturday and continues until October 7.

Wait, what? How can Oktoberfest begin in September? It’s all about the weather. October has more rainfall. Requests to start the festival earlier began in 1828.

Oktoberfest has always been more than a harvest festival. The first event occurred on October 12, 1820 with the royal wedding of Crown Prince Ludwig to Princess Therese of Saxony-Hildburghausen. Try saying her name three times fast. Everyone had such a good time, the festival became an annual event.

What’s the first word you think of when Oktoberfest comes to mind?

For most of us it’s BEER. At the Munich festival all beers are from their own breweries: Paulaner, Spaten, Hacker-Pschorr, Augustiner, Hofbräu and Löwenbräu. And all meet the Reinheitsgebot standards established in 1516. Among the rules: The recipe can only include barley, malt, yeast, and hops. After processing, the beer has up to 6 percent alcohol. 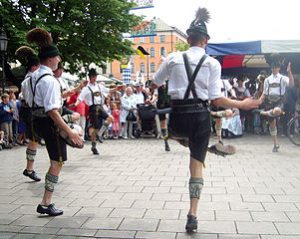 Oktoberfest bier steins hold one liter, and patrons consume about 1.98 million gallons of beer – enough to fill three Olympic swimming pools. When the beer arrives, hold up the stein, and shout Prost!

Oktoberfest has become an international festival with venues in the U.S., Canada, Hong Kong, Okinawa, Brazil and even China.

If you want to go in 2019, tour groups are taking reservations.

So, if you’re not attending Oktoberfest in Munich, what else is there to do in the fall? 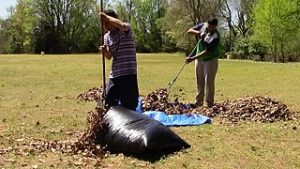 Gardners are busy. It’s time to plant bulbs for next spring’s gardens. Raking leaves becomes a frequent occupation. Pulling leaves out of gutters, preferably before rain turns them into a yucky mess, also keeps householders busy. Those leaf piles are fun to jump on. Of course, you may have to rake the leaves again. 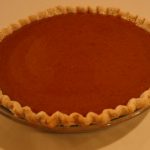 With the cooler weather, some people start their seasonal baking. Did you start a Christmas Cake? It’s not too late. Pumpkins and apples are also available for fresh pies.

If you have children, or plans for a Halloween party, it might be time to start thinking about costumes.

And don’t forget to go outside as deciduous trees put on their annual show. 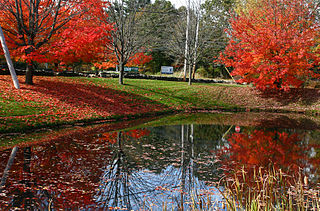 How to rake leaves by Bigmouth1. Creative Commons Attribution.

“Oktoberfest 2018 and Beyond. BucketList Events.