Since ancient times women and men have enhanced their physical appearance. How ancient, you ask. Cleopatra used a lip color that got its reddish tint from ground carmine beetles. Before you wrinkle your nose in disgust, consider that modern lipstick formulas contain cochineal or carmine.

The female cochineal are harvested in Peru and the Canary Islands on plantations of prickly pear cacti. They are then sun-dried, crushed, and processed so the resulting carmine can be used in various dyes, including those in lipstick. Because some people are allergic to carmine or cochineal extract, its presence must be listed as an ingredient. This is 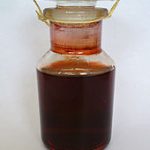 also handy if you don’t want to put crushed bugs on your lips.

Ancient Egyptians also used kohl, a mixture of metal, lead, copper, ash, and burnt almonds. This was applied around the eye to ward off the Evil Eye. It also had the then unknown benefit of killing bacteria. On the other hand, the lead could lead to death, if an individual didn’t expire from other causes. 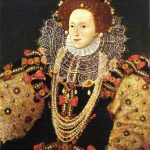 Jumping to the Middle Ages, color for lips and eyes was out. Painting faces, necks, and chests with ceruse was in. Ceruse was a mixture of lead and vinegar, so it had several side effects. It could cause hair to fall out, which might explain Elizabeth I’s high forehead. Lead could also cause muscle paralysis. And death, if another malady didn’t occur. 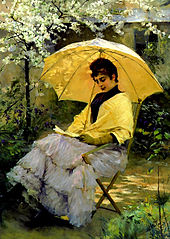 Moving into the nineteenth century denounced cosmetics for the face as vulgar. But this didn’t stop efforts to enhance the complexion. Pale was the fashionable non-color. Women wore hats and gloves, as well as using parasols to keep the sun away from the skin. This may have protected them from skin cancer, but the habit of using arsenic to lighten the skin was far more dangerous.

The package for Arsencial Lotion declared the product to be”safe and absolutely harmless.” Arsenic wafers were eaten for a more immediate result.

Eye shadows with mercury and lead ingredients were used. And to keep the pupils dilated to enlarge the eye, women applied eyedrops made from deadly nightshade. Not surprisingly, this often resulted in blindness. 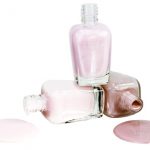 Nail care changed in the 1920s when Henry Ford discovered the use of black lacquer on his Model T cars. Black lacquer dried more quickly than other colors. Competitors developed fast drying lacquer paint in other colors, and cosmetic companies applied the same principle to nail polish. The primary ingredient was nitrocellulose, a substance also used in smokeless gunpowder and false teeth.

By now you may be feeling smug. Our luxury cosmetics, and even the ones at the local drug store or supermarket don’t use lead or mercury. Are you sure? The Food, Drug, and Cosmetic Act was passed in 1938. Though it’s been amended, anyone can still make a batch of homemade moisturizers and sell them on-line. No paperwork or testing required. The same is true for cosmetic companies. With certain exceptions, they don’t have to list their ingredients. There are no standards for cosmetics branded as organic or hypoallergenic.

Formaldehyde compounds are used in hair straitening products and cn cause headaches and shortness of breath. Long term exposure could increase the risk of cancer.

Disclosure: I use makeup, because I like how it looks. I wear it even when I’m spending the day at my computer. 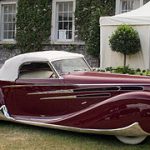 I do think it’s time to revisit regulations for food products, pharmaceutical products and cosmetics. In 1939 the Delahaye 165 Cabriolet was a popular upscale automobile, but times have changed since the 1938 Food, Drug, and Cosmetic Act became law.