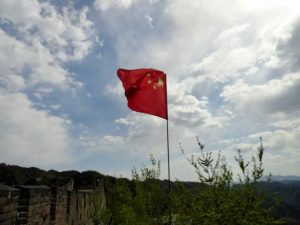 I’ve been on the road again, this time on an elegant nine-person tour of China with A&K. We stopped at the major tourist destinations: Beijing, Xian, Shanghai, Guilin/Yangshuo, and Hong Kong. I saw and learned a great deal, despite the reality that tourists are directed only to the most noteworthy locations.

I expected to see people using bicycles as a major means of transportation. Not so. Cars and electric scooters dominate the cities, and it is said most people consider bicycles too dangerous to ride in the traffic. I expected to see a certain amount of urban litter. For the most part I encountered streets so clean I sometimes thought I was in Disneyland. But heck, I’m okay with clean, as my family will tell you.

This was a journey on my bucket list. For years, actually decades, I taught First Year students a course called World History, and one of my joys is to visit the places that captured my imagination semester after semester. The Great Wall of China, the terra cotta warriors, and the commerce of Shanghai and Hong Kong made China a place I wanted to visit. 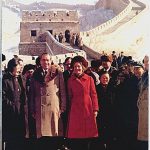 In 1972 President Richard Nixon paid an official visit to Beijing, resulting in an iconic photo of the president and Mrs. Nixon on the Great Wall. It’s hard to realize what a momentous occasion that was. Certainly I never expected the opportunity to visit. 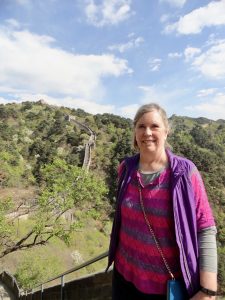 THE GREAT WALL AT MUTIANYU

We went to the section at Mutianyu, located slightly over 43 miles northeast of Beijing. This section is built mostly of granite. It’s about 25 feet high and 4 yards wide. 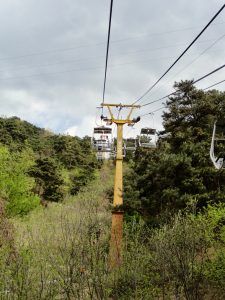 There are three ways up to the wall. Some people use the steps. There are about 4000 of these. The problem with this choice, in my opinion, is that by the time you get to the wall, you’ll be too tired to walk on it. [Not everyone, of course. Those who would delight in the steps might be interested in the Great Wall Marathon next week at the Huangyoguan section of the Wall in Tianjin Province.]

Option number 2 is a gondola. I would have liked that option. You can see from the picture that the group took option 3 — the chair lift. The lift is like chair lifts everywhere, just not my preference. There’s a fourth option for the return trip – a toboggan. No thanks. But I heard it’s fun. 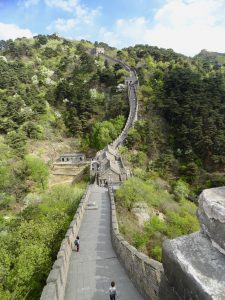 What we call the Great Wall is actually several walls that were initially joined together by Emperor Qin Shin Huang (r.220-206 BCE). Qin’s wall is mostly gone. Most of the existing wall dates from the Ming dynasty (1368-1644). Total length of the wall is 13,170 miles.

Being on the Great Wall was an amazing experience. It was like being able to walk on history, to feel it in the granite, to see the sightlines watchmen viewed hundreds of years ago. On a clear day, it was amazing. On a cold, windy, frosty day it must have been agony. I’m sure the men assigned to the Great Wall ran the equivalent of a marathon most days — up and down and up again. It was as if I could reach through time.

Photos:
The Nixons on the Great Wall of China. 1972. Public Domain. Wikimedia Commons.

All Other Photos by Author