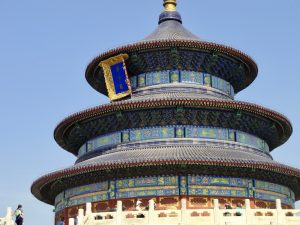 Once Chinese Emperors stood as the intermediaries between gods and humanity, the conduits of harmony and prosperity on earth. Twice a year the Emperor approached the gods for ritual prayer. In the spring, he prayed for a good harvest. In the fall, he expressed gratitude for the bounty received. In preparation for the rituals, the Emperor and his male retinue came out of the Forbidden City to reside at the Temple of Heaven complex.

Five days before the ceremony, priests checked the sacrificial livestock. Three days before, the emperor began his fast. On the last day, the livestock were slaughtered. The emperor made his prayer, performed rituals, and returned to the Palace of Abstinence to continue his fast. Ceremonies began the next day at fifteen minutes before sunrise. 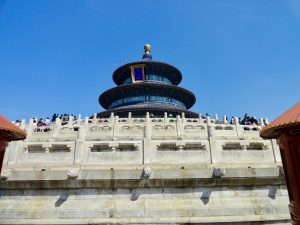 In 1420 during the Ming Dynasty, Emperor Yongle built the present Temple of Heaven. The complex grew to cover over 674 acres. In 1918 the Republic of China National Assembly designated the area as a park for all the people.

The temple is round with a blue cover, to represent heaven’s blue skies. The square base symbolizes earth. 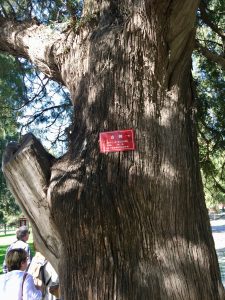 During the Cultural Revolution many trees were replaced with fruit trees. Cyprus, after all, has no use. Now Cyprus saplings replace the fruit trees. 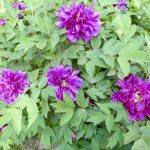 Peonies are also present in profuse numbers. The flower symbolizes riches, prosperity and honor. Peonies and plum blossoms are often viewed as the floral symbols of China. In 1903 the Qing Dynasty declared the peony to be China’s national flower. 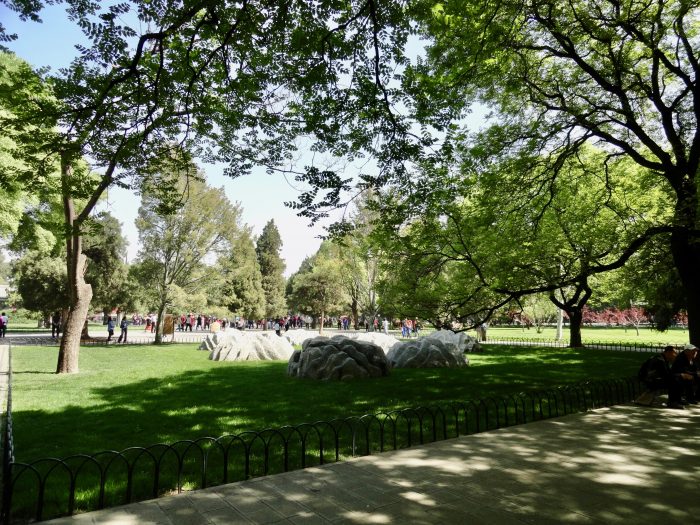 We visited Tiantan Park on a Saturday, so it was busy with families enjoying the surroundings. Most family groups had one set of grandparents; parents, and a young child. China’s infamous One Child Policy has been relaxed, but many couples prefer one child, or no children at all due to the expense of raising a family.

We passed an area where people had set out notices about eligible young relatives – a sort of informal matchmaking effort. The notice lists some of the young man or woman’s attributes and has a phone number for those who want to follow-up. A popular attribute for young men is possession of an apartment/condo. Living spaces in the city are rare and expensive. Some parents thought ahead and acquired the property while their son was still young.

Another interesting familial factoid is the popularity of SUVs as a vehicle large enough to transport parents, grandparents, and the newest family member. 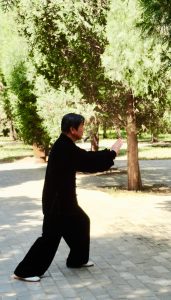 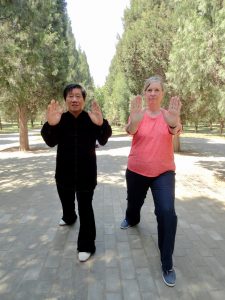 Our last activity at Tiantan Park was participatory. A demonstration followed by a lesson from a ta`i chi master. Everyone enjoyed watching. A few of us didn’t mind making a spectacle of ourselves. People close to our location also joined in. On any given day groups of people, mostly over the age of fifty, can be found practicing ta`i chi. Ta`i chi began as one of the martial arts, and is said to reverse the aging process. Like yoga, it builds balance & flexibility. 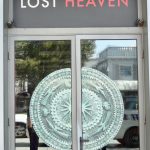 By now it was lunch time, and we proceeded to Lost Heaven, an acclaimed restaurant located in the building that once housed the U. S. Embassy. In 2016 Time Out Beijing named Lost Heaven as one of “38 Essential Beijing Restaurants.” Lost Heaven features Yunnan Folk Cuisine. Lunch was the first of many unique and delicious meals.