I suddenly realized that while I’ve been writing about holiday traditions: the cookies, the presents, the magic, the colors, and of course, the stress, I neglected to mention that December is also National Fruitcake Month – with a special commemorative day December 27th.

Holiday fruitcake aka Christmas Cake aka the best or the worst food concoction ever. People who enjoy fruitcake put up with lots of bad jokes about their favorite food. So many that one of them founded the Society for the Protection and Preservation of Fruitcake.

Let’s start with the basics. What exactly is a fruitcake, anyway?

The short answer is that it’s a cake with fruit, nuts, and spices. Sometimes there’s rum or brandy. Other times, it’s teetotal — which makes it a lot less festive. 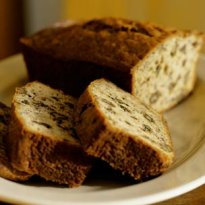 Ancient Romans get credit for creating the first fruit cake, a mixture of pomegranate seeds, pine nuts and raisins combined in a barley mash. Fruitcake detractors might comment that those cakes are still in circulation.

It’s a fact: 38 percent of people who receive fruitcakes regift them without even opening the package.

Fruitcake is a massive, heavy cake that comes in a tin. Detractors remark this is what makes the product such an excellent doorstop. 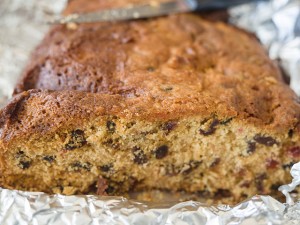 1 pound of citron (a fruit similar to a lemon)

1 cup of Rum or Brandy … or less festive liquid. 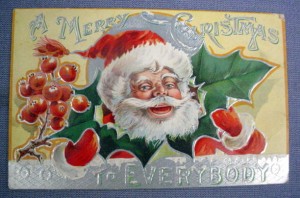 Santa says, This is not a cake for children

To Continue: Many bakers substitute candied fruit for the raisins. Candied fruit brightens the dark cake. In fact, it has been noted that if you hold a slice of fruitcake with candied fruit to the light, it looks like a stained glass window. In other words, it’s a cake with Christmas lights. An image that puts me off.

But seriously, there’s lots of healthy ingredients combined with butter. And who doesn’t like butter?

It’s a Fact: Claxton, Georgia calls itself the Fruitcake Capital of America, a title it maintains despite stiff competition from Corsicana, Texas. 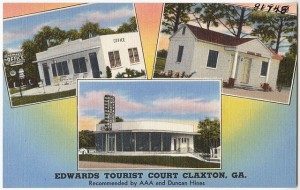 Two bakeries in Claxton produce four million pounds of fruitcake annually, with batter so thick the bakers have to level it by hand before putting the pans in the oven. Paradoxically, Claxton’s other tourist attraction is an annual rattlesnake festival.

Considering how much teasing fruitcakes get, it seems only fair to let three fruitcakes have the last word.

Society for the Protection and Preservation of Fruitcake.

6 thoughts on “FRUITCAKE: Seasonal Delicacy or Worst Dessert Ever?”