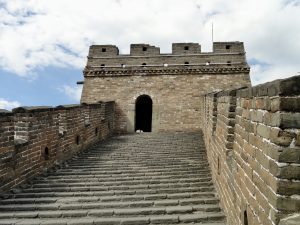 One of the great things about vacations is that while you’re away, Life’s game of Whack-A-Mole is suspended. This doesn’t happen on a staycation, because you’re still at home with the dishes, cooking, and whatever else you need to do on a daily basis. But vacation — aahhh! For days or perhaps weeks, there’s nothing you must do. It’s suspended animation. Sure travel has its downside, especially on certain airlines, but it doesn’t present the same “moles” you meet at home. 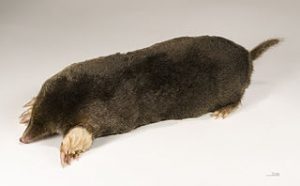 This seems a good spot to mention the lowly European Mole who lends his/her name to the game. According to The Farmer’s Almanac, the mole is a ground dwelling carnivorous rodent that eats insects and grubs. Yum! The creature burrows up to ten inches underground with its potato shaped body and front flippers that allow it to “swim” as it parts the soil. Sounds innocuous, but isn’t. 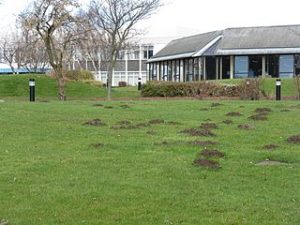 These burrows undermine plant roots and can kill lawns. They’re also difficult to remove. When I was a kid, my father’s lawn acquired moles. That was an epic man-against-beast struggle. To this day, I’m not sure who won.

Such encounters may have something to do with the phrase “Don’t make a mountain out of a molehill.” To do so can only cause stress. 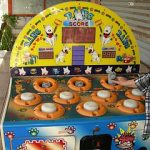 The difficulty of removing moles inspired the Whac-A-Mole arcade game invented in the Seventies. There’s a level cabinet with five holes. Each hole contains a plastic mole. Said moles bounce up and down at random. The player has to whack the mole back in the hole by hitting it directly on the head with a mallet. If you accrue enough points, you get a prize. Even if you don’t, whacking plastic creatures is bound to provide some level of stress relief.

And from this game we gain a new mole-inspired expression, as in “I’ve been playing Whack-A-Mole all day.” Translation: “In addition to my usual activities, I’ve been drowning in unexpected disasters and I’m overflowing with stress. Everything I thought was finished, wasn’t. And besides that, the [fill in the blank] exploded.”

Time to stop the spiral, step back and take a deep breath. In my case, time for yoga. You might take the dog for a walk. Once you calm down, try to prioritize your disasters. I hold the line at two disasters per day. Most “moles” can stay in their “holes” overnight. Good Luck!

Photo of Great Wall by Author. Other illustrations from Wikimedia Commons.

“Moles Have Been at Work” by M. J. Richardson. Creative Commons Attribution.

How to Identify & Get Rid of Moles. Farmers Almanac.