This started out to be a blog about early labor saving devices, so I started researching washing “machines.” The machine on the left has a tub, agitator, and wringer. All improved the washing experience.

As a term, “Washing Machines” wasn’t getting me what I wanted, so I entered “Wash Day,” which led me to a 1915 short, silent film called Mabel and Fatty’s Wash Day out of Keystone Studios. After giggling for thirteen minutes, I decided to check out the film’s stars Fatty Arbuckle and Mabel Normand. My curious search led me to . . . 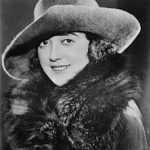 Mabel came from New York City and got her first acting jobs with the Biography and Vitagraph studios. She also met Mack Sennett who brought her to California when he founded Keystone Studios in 1912. During her career, Mabel starred in about 167 short films like Mabel and Fatty’s Wash Day and 23 feature films. She was one of the first silent film actors to direct her own films, to be named in the title of the films, and to briefly have her own studio. 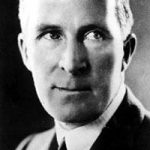 On February 1, 1922 Mabel visited her friend, director William Desmond Taylor. They shared an interest in books. Some reports say he was in love with her, and that she first approached him to help her get off cocaine. Other reports deny the drug addiction. What is true is that she left his home at 7:45 p. m. with a book under her arm. The two blew kisses. Mabel was the last person to see Taylor alive. The police eliminated Mabel as a suspect, but the newspapers had a field day. 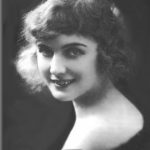 Two years later, on New Year’s Day, 1924, Mabel found herself in a second scandal when she joined wealthy Courtland Dines, and his girlfriend, actress Edna Purviance. The three apparently spent much of the visit drinking. At 7:30 Mabel’s chauffeur came to pick her up. In one version of events, Dines threatened to hit Horace Greer with a liquor bottle and Greer shot him in self-defense. The only viable evidence was that the three were drunk, Dines had been shot, and the women couldn’t give a clear account. At trial Dines refused to testify and Greer was acquitted. Again the newspapers covered the story with gossip and speculation.

The People of the State of California versus Roscoe Arbuckle, MURDER 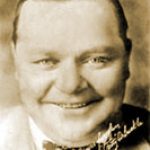 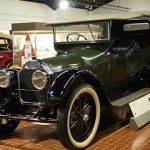 On the right is a 1920 seven-passenger Pierce-Arrow Touring Car. Fatty may have taken a similar car to the garage for service before driving up the Coast. Fatty accidentally took a seat on an acid-soaked rag. The acid went through his trousers and gave him 2nd degree burns. Fatty almost canceled the trip. I’m sure later he wished he had.

Fred arranged for three consecutive rooms. The bedrooms were at either end and a party room was in the middle. It was the kind of party that doesn’t require an invitation and where, despite Prohibition, there’s plenty to drink.

One of the guests was Virginia Rappe. There are two versions about what happened. Rappe’s friend Bambina Maude Delmont, said Arbuckle and Rappe had several drinks before he pulled her into an adjoining room. After about half an hour, Delmond went to the door. Arbuckle came out in his pajamas. Rappe was on the bed moaning.

Arbuckle said that after a few drinks, Rappe became hysterical and started tearing off her clothes. He said he was never alone with her. When he found her in his bathroom, he and other guests tried to revive her. He carried her to the bed and she fell off. Rappe stayed in the hotel for three days before being taken to the hospital where she died from peritonitis caused by a ruptured bladder.

The case first went to trial in November. Arbuckle’s lawyers gave evidence that Rappe had a chronic bladder infection and her autopsy showed no signs of violence. The hotel doctor said it was intoxication; he also said Rappe told him Arbuckle hadn’t tried to assault her. The jury deadlocked. The state retried the case which again led to a mistrial. 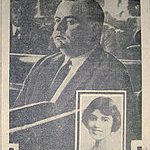 The case went to trial a third time in March 1922. This time the defense introduced evidence from witnesses who knew Rappe. They said she drank heavily, was promiscuous. This time the jury voted to acquit. I suppose a victim with a tarnished reputation was less sympathetic.

The publisher of Hearst newspapers said the scandal sold more papers than the sinking of the Lusitania.

In 1915 two silent movie stars made a funny short that opens with Wash Day. Both found themselves embroiled in scandals that sold newspapers and gossip magazines. Almost a hundred years later, I encountered their stories while researching a blog on labor saving devices. How ironic is that?

If you’ve got 13 minutes to spare, check out Mabel and Fatty’s Wash Day.