The Taj Mahal is many things. It’s a seventeenth century mausoleum built by Shah Jahan for his favorite wife Mumtaz Mahal. As such, it’s often called a monument to love. Mumtaz Mahal Begum (Exalted One of the Palace) was the Shah’s second wife, and chief consort. She died giving birth to her fourteenth child. Shah 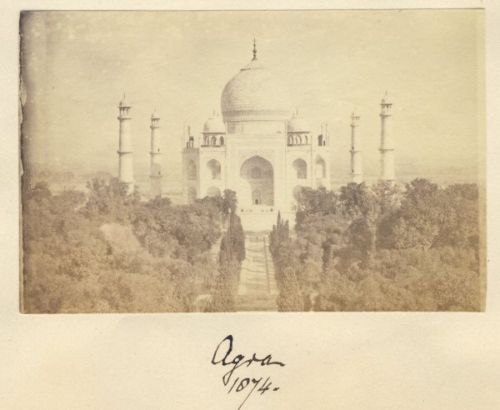 This is a story about gardens at the Taj Mahal, and the man who made them uniquely British. This photograph taken in 1874 shows something you don’t see in contemporary pictures. Very tall trees. The Taj Mahal wasn’t just a mausoleum for Mumtaz Mahal. It was a Mausoleum and Gardens, equally important parts of a