Wednesday, April 5th is Pandita Mary Ramabai’s saint’s day in the Church of England and Episcopal Church. In commemoration and as a special thank you, the Kindle edition of Rama’s Labyrinth is available at no charge until Thursday, April 6.

WHO WAS MARY RAMA? 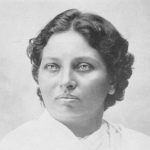 Mary is Rama’s baptismal name. When Rama traveled to the Community of St. Mary the Virgin at Wantage, England in 1883, she was a widowed single mother determined to serve India’s high caste widows. The Sisters sponsored Rama’s education at Cheltenham Ladies’ College. Both female communities inspired Rama’s decision to found a school for high-caste widows and Mukti, her House of Salvation for widows and orphans from all castes. At Wantage Chapel Rama and her daughter accepted Christian baptism.

WHY DID THE CHURCH OF ENGLAND MAKE RAMA A SAINT? 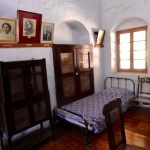 I checked two Church Calendars. One cited Rama as Translator of Scriptures. Her last major project was to translate the entire Bible into colloquial Marathi. Rama learned Greek and Hebrew so she could translate from original sources. In 1913 Rama completed her translation of the New Testament. The Mukti Printing Press published her entire translated work in 1924, two years after Rama’s death.

The second calendar I consulted described Rama as Prophetic Witness and Evangelist in India. I think she would have preferred that description. As Rama fought adversity, her faith became increasingly evangelistic. The first Pentecostal Revival occurred at Mukti in 1905. Many consider Rama a founding member of the Pentecostal Church.

Rama’s life was one of loss and adversity, but also of triumph and joy. She never gave up. And never turned away those who came to her for help. 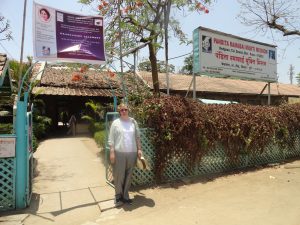 There’s more to Rama’s story. Her unusual childhood in which her father named her a Scholar and supervised her education. Her unconventional life as a lecturer. Her brief marriage. Her courage.

Rama’s Labyrinth is also available in print and audio editions.

More photos of Rama and Mukti on my Pinterest Board.