Today, August 28, 2017, marks the Qixi Festival, a tribute to love often called Chinese Valentine’s Day. The Festival originated during the Han Dynasty to commemorate the Tale of the Cowherd and the Weaver.

There are several versions of the story which goes like this.

The Queen of Heaven had seven daughters who were bored and decided to bathe in a pristine lake on earth. They left their clothes on the shore, and slipped into the water. The youngest daughter was Zhi Nu who spent her days weaving colorful clouds.

On earth, Niu Lang, a cowherd, lived with his beloved cow, Niu. (Some versions say Niu was an ox.) Niu was a former god, exiled to earth as a farm animal because he violated an imperial rule. One day Niu told Niu Lang about a secret lake where fairies bathed. [Niu could talk, because this is a myth.]

As it happened, that was the day the seven daughters of the Queen of Heaven were splashing in the lake. Niu Lang took their clothes and waited to see what the maidens would do. The girls decided Zhi Nu would recover their clothes.

Zhi Nu confronted Niu Lang who agreed to return the clothing in exchange for Zhi Nu’s hand in marriage. She agreed, and they lived together happily with their two children. 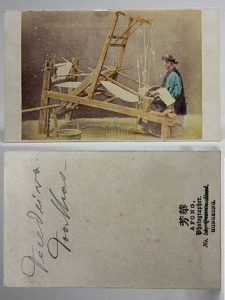 Back in heaven, there was no one to weave clouds. The Emperor of Heaven ordered the Queen of Heaven to retrieve Zhi Nu. She successfully grabbed her daughter, leaving Niu Lang distraught. Niu, the cow, told Niu Lang to kill him, put on his hide, and go to heaven to find his wife. Niu Lang felt bad, but he really missed his wife, so he put on the hide and carrying his children in a basket, he found Zhi Nu.

When the Queen of Heaven realized what was going on, she slashed the sky with her hairpin creating the Milky Way and separating the lovers. Zhi Nu lived on Vega weaving clouds while Niu Lang and the children lived on Altair.

[In this picture Altair is the star system on the bottom right, and Vega is top middle.] 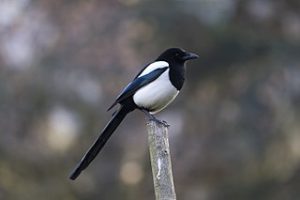 The Emperor of Heaven took pity on the lovers, and allowed them to meet once a year on the seventh day of the seventh lunar month when all the magpies in the world formed a bridge connecting the two stars, which are closest together during the Qixi Festival.

The Qixi Festival has changed over the years, but remains a lovers’ festival. From a traditional girl’s perspective, the festival was about finding a husband, which included mastery of the skills of needlework and embroidery. In one of the festival games, a girl throws a sewing needle into a bowl of hot water. If it floats to the top, she is deemed a skilled embroiderer.

– A bracelet, because in Ancient China wearing a bracelet indicated a woman had given her heart to someone.
– A silk handkerchief – In many romantic tales, relationships began when a young man returned a young lady’s handkerchief.
– A hairpin with two parts, so each lover could have half the pin.
– A comb, symbolizing an emotional link.
– A True Lovers Knot made of silk or brocade which showed the lover missed his true love and sent best wishes.
– Most popular gift – a hair clasp.

Now the festival provides an opportunity for each lover to bestow expensive gifts on the other. Perusing the Hong Kong Style webpage, suggested gifts for him include a Gucci silk and wool blend tie, studded high top sneakers, and an Alexander McQueen wool and cashmere shawl.

The Gift of Love

The spirit behind traditional and contemporary gifts is a simple expression of love. Lovers often get carried away extravagance when the simplest thing can be the most meaningful. The gift I find most touching is in the Tale of the Cowherd & the Weaver itself when all the magpies in the world fly together to make a bridge for the two lovers to meet one night every year.

Reunion of the Couple of the Weaver Girl & the Cowherd on the Bridge of Magpies. Public Domain.

The Summer Triangle with Altair, Vega and Deneb by Michelet. Creative Commons Attribution.