Every four years the calendar has a hic-cup, otherwise known as February 29th, the Leap Day in a Leap Year. It appears that no one knows quite what to do with that extra day. For most of us, it will be a day filled with our usual activities. But for some people, February 29th has an unusual personal meaning. (If you’re wondering about the calendric notation on the left, keep reading.) 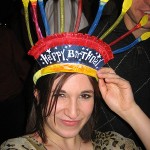 One of the most obvious issues affects those individuals born on February 29, generally referred to as “leaplings” or “leapers.” Presently about 5 million people world wide share this distinction. At one time astrologers thought leapers had unusual talents, or even special powers. Much of the plot of Gilbert and Sullivan’s Pirates of Penzance is built around Frederic, who was born on February 29. Thus “though you’ve lived twenty-one years, yet, if we go by birthdays, you’re only five and a little bit over!” 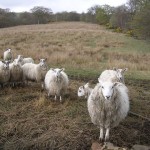 Leap Year is inauspicious for Scottish shepherds who coined the phrase: “Leap year was ne’er a good sheep year.”

In Greece it’s considered unlucky to marry in a Leap Year. 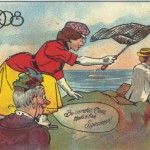 The most famous association with Leap Year is the custom of allowing women to propose marriage to men. There’s some variation as to whether they have the entire year to propose, or whether the event must take place on the day itself. But there’s nothing to prevent the earlier acquisition of a potential groom, as the 1908 postcard above illustrates. 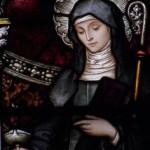 According the legend this custom resulted from a conversation between the Irish saints St. Brigid and St. Patrick. Brigid complained that men took too long to propose marriage. Patrick declared that women could take fate into their own hands and make a marriage proposal on February 29. Some say that Brigid then proposed to Patrick, but it must not have been the right day, because no marriage took place.

Irish monks took the custom to Scotland. In 1188 Queen Margaret allegedly passed a law declaring that women could make marriage proposals during leap years. And any man refusing the proposal would have to pay a fine. The queen did leave a loophole. The law required any woman planning to propose marriage must wear either a red petticoat (an outward garment like a skirt), or breeches. Either choice of apparel would give potential grooms fair warning of what was in the lady’s mind. Hence the day calendric note to “wear red petticoat.”

Care for a Leap Year Cocktail?

Proposing marriage can be a nerve-wracking experience. It could be helpful to indulge in a Leap Year Cocktail before doing the deed. This recipe is taken from the Boulder Locavore.

For one cocktail, combine the following ingredients with ice,

shake and pour into a chilled cocktail glass.

Once fortified, proceed with the calendric instruction:

Propose to the Love of my Life.