In our rush from Memorial Day to the Fourth of July, we often miss Flag Day. I’m guilty of that myself. I think the reason we pass by the day honoring the adoption the American flag is because there’s no holiday attached. No fireworks. No bands. Just a day like any other. 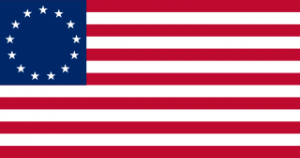 In June 1777 General George Washington approached Philadelphia seamstress Betsey Ross to create a new flag for our new country. Apparently George wanted the flag produced quickly, and so suggested five point rather than six point stars, because they would be easier to cut out. Betsey got to work, and by June 14th John Adams could introduce the following resolution to the Continental Congress.
Resolved that the flag of the thirteen United States shall be thirteen stripes, alternate red and white ; that the Union be thirteen stars, white on a blue field, representing a new constellation.

Our flag’s colors are rich in symbolism. White represents purity and innocence. Red stands for hardiness and valor. Blue is the color of vigilance, perseverance and justice. 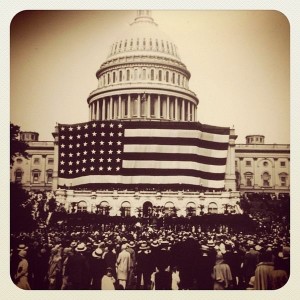 On May 30, 1916 President Woodrow Wilson signed a presidential  proclamation that Flag Day would be observed on June 14.

But Flag Day wasn’t official until August 3, 1949 when President Harry Truman signed an Act of Congress officially marking the June 14 as an annual National Flag Day. 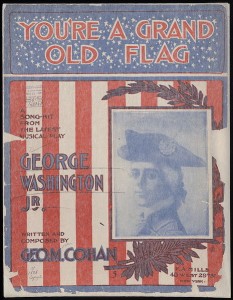 You’re a high flying flag
And forever in peace may you wave.
You’re the emblem of
The land I love.
The home of the free and the brave.
Ev’ry heart beats true
‘neath the Red, White and Blue,
Where there’s never a boast or brag.
Should auld acquaintance be forgot,
Keep your eye on the grand old flag.

If you’d like to hum the tune, here it is.