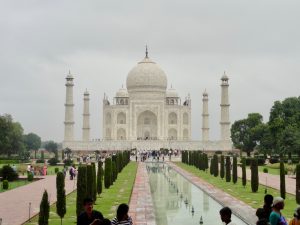 The Taj Mahal is many things. It’s a seventeenth century mausoleum built by Shah Jahan for his favorite wife Mumtaz Mahal. As such, it’s often called a monument to love.

Mumtaz Mahal Begum (Exalted One of the Palace) was the Shah’s second wife, and chief consort. She died giving birth to her fourteenth child. Shah Jahan built the Taj Mahal as a monument to her. 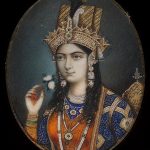 The Taj Mahal is also an outstanding example of Mughal architecture attracting over eight million visitors annually. In their eagerness to reach the monument and take pictures, visitors often walk through the gardens without realizing that they are as much a part of the monument as the white marble. 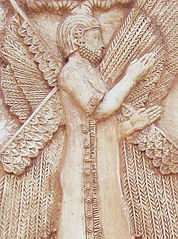 The garden architecture that once surrounded the Taj Mahal began with the gardens Cyrus the Great built at his palace complex at Pasargadai. These were conceived to represent the four Zoroastrian elements of sky, earth, water, and plants. The gardens were Paradise, a word that entered European languages from the Persian root word, Pardi.

The one garden is divided into four sections called the Chahār Bāgh. Other characteristics are a high surrounding wall, straight channels of water, bubbling fountains, trees for shade and fruit, and flowers. Islamic designers saw the gardens as emulating the Garden of Eden with four rivers and four quadrants representing the world. 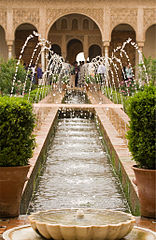 These elements can still be seen in the Gardens of the Alhambra which was converted to a Moorish palace by the Sultan of Granada in 1333. Moorish designers planned a garden with roses, oranges, and myrtles as well as water features. The Palacio de Gereralife (Architect’s Garden) includes the Patio de la Acequia, or Court of the Water Channel, a long pool framed by flowerbeds and decorated with fountains and pavilions.

The most important features of Islamic gardens were running water and a pool to reflect the sky, trees for fruit and shade, flowers for color and fragrance, birds to fill the garden with song, and pleasant breezes. 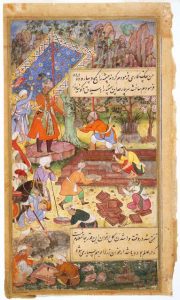 Babur, the first Mughal emperor brought Islamic gardens to the Indian sub-content as he established his empire in the sixteenth century. The first important Islamic garden in India, still visited by tourists today, is Humayun’s Tomb. Humayun was Babur’s son. After his death in 1556, his chief consort Empress Bega Begum dedicated herself to building an appropriate memorial. Completed in 1572, it was the first Chahār Bāgh Garden in India. 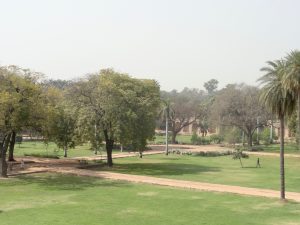 The tomb stands in the center of a thirty acre Chahār Bāgh. The enclosed garden is divided by walkways and two bisecting central water channels to depicted the four rivers of Paradise. Each square is subdivided into smaller squares. These gardens and their tomb became a precursor for Shah Jahan’s design of the Taj Mahal. 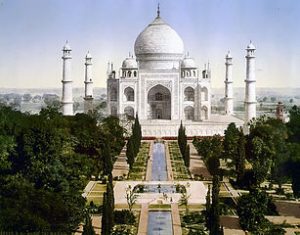 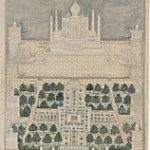 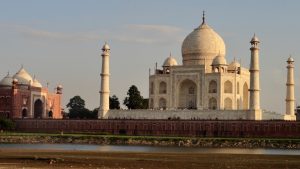 Taj Mahal from across the Yamuna River. Photo by Author.