It’s an awesome sight – row upon row of uniform white gravestones, each with a small American flag. The grass is verdantly green. The trees majestic. Far from the horror that brought many of the permanent residents to Arlington National Cemetary.

There are 147 national cemeteries across the United States. In addition the American Battle Monuments Commission maintains twenty-five American burial grounds overseas, most caring for the remains of men killed in World Wars I and II. 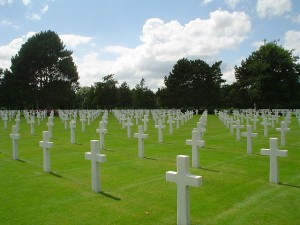 Like Arlington, the American Military Cemetary at Normandy, France is well-maintained. A silent witness to battles we seldom think about any more. 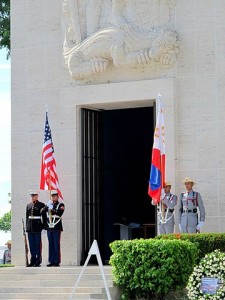 Commemorative ceremonies occur to break up the stillness. This photo depicts members of the American and Philippines military participating in a 2014 Memorial Day Ceremony at the Manila American Cemetery. 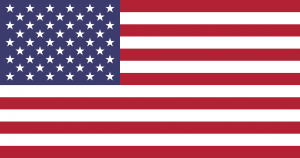 After the American civil war veterans of the Union army established what was first called Decoration Day as a time to place flowers on the graves of Union war dead. They chose May 30 as the date, because no particular battle had been fought that day. Over time, the day to honor those who died in battle became known as Memorial Day.

Take a moment to remember why we honor Memorial Day.

One thoughts on “MEMORIAL DAY – A Time to Remember”