I’m embarking on a new literary discovery adventure, presently titled “MALICE.” The story revolves around a Eurasian woman in nineteenth century Calcutta and the civil lawsuit she filed in 1883. Mary Pigot publicly accused an esteemed Scottish missionary with malicious libel — an intentional act meant to cause harm. The case was reported in full in the newspapers of Calcutta and Edinburgh. Even the London Times took note. The entire missionary enterprise fell into disrepute. Several careers were ruined. And Mary Pigot won the case.

I first encountered Mary Pigot while researching Rama’s Labyrinth. Now I want to learn Mary’s story more fully, and where else to begin but at the British Library which holds one of the largest collections relating to British India. 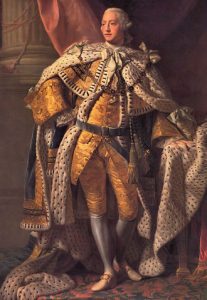 The collections at the British Library are composed of many parts. In 1753 Parliament established the library as part of the British Museum. A few years later George II donated the royal library. But the core of the new library was the royal donation of George III’s book collection in 1827. 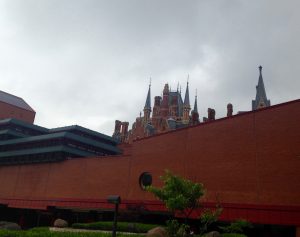 of St. Pancras Renaissance Hotel in the background.

Over the years the British Library became one of the largest libraries in the world due to the privilege of Legal Deposit which meant that most books, periodicals, newspapers, maps, and printed music produced in what is now the United Kingdom were added to the collection. Other collections, including the India Office Library and Records which includes the entire archives of British India from the foundation of the East India Company in 1600 to Independence in 1947, joined the main collection. Among the national treasures hosted in the British Library and open for public viewing are the Magna Carta, Lindisfarne Gospels, and original Beatles’ lyrics.

Initially access to the collections proved challenging because there was no adequate building in which to house them. In 1972 Parliament passed the British Library Act to establish an entity separate from the British Museum. Two years later the government purchased a derelict goods site near St. Pancras tube station for £6 million. Construction costs were about £445 million. The library opened in 1998. 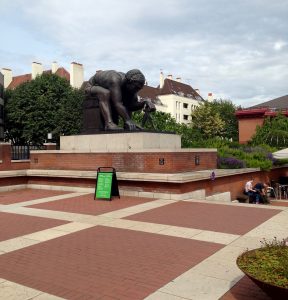 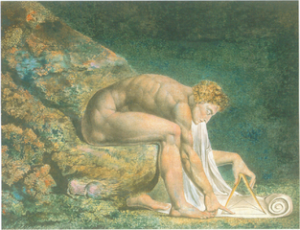 William Blake’s 1795 painting inspired the massive sculpture. Blake didn’t approve of Newton and other rational scientists. A display caption from the Tate Modern suggests Blake saw Newton as a man who couldn’t see past his compass. In the painting Newton sits on a rock representing the natural world.

Paolozzi viewed both Blake and Newton as men representative of nature, poetry, and art. The synthesis embodied in the conflicting approaches of these men would, Paolozzi thought, embody the spirit of the knowledge to be found in the British Library.

I find the British Library to be a perfect place to delve into my subjects. When I researched Rama’s Labyrinth, the bulk of the materials were in print. This time the collections I accessed were preserved on microfilm. But the British Library holdings are one of a kind, and well worth the effort to access them.

Next stop in the trail of Mary Pigot – the National Library of Scotland in Edinburgh. 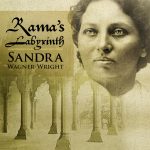 While I was engaging with my new project, the final piece of Rama’s Labyrinth fell into place.

Rama’s Labyrinth is now available as an audio-book through Audible, iTunes, and via Amazon Whispersync. Deepti Gupta’s voice brings all the characters to life.

You can listen to the Audible Sample here.

British Library with turrets of St. Pancras Renaissance Hotel in the background. Photo by Author.