My recent visit to Kolkata, like my visit to Edinburgh early last summer, is directly related to my current research project. This book is about Mary Pigot and the lawsuit she filed in 1883 against a prominent male missionary. Mary charged William Hastie with malicious libel. We would call his actions defamation of character. With her reputation and career on the line, Mary had no choice if she wanted to clear her name.
Background to the case involves a number of topics: church politics, women’s growing professional identities, racism, sexism, rumors, and power plays. I want to find out who Mary and her adversaries were, as well as identify her supporters. The National Library of Scotland has official documents. I went to Calcutta to see what I could about the environment where Mary lived and worked. 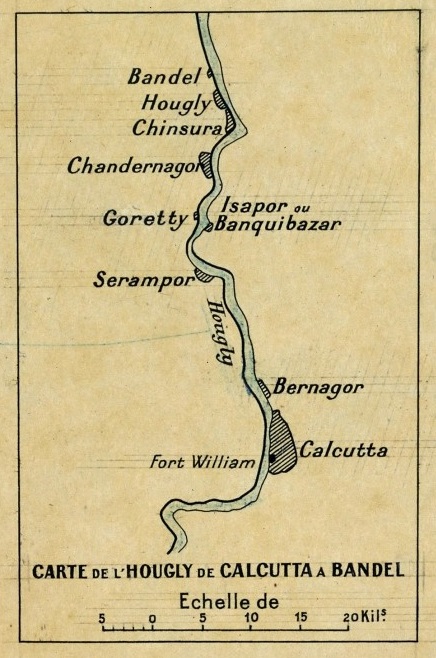 Calcutta is situated on the banks of the Hooghly (Hugli) River, a major distributary of the Ganges River. In Northern Bengal the Hooghly splits to form a large delta that empties into the Bay of Bengal.

The lower portions of the river were once navigable enough for large ocean vessels, which made it a desirable location when the East India Company built Calcutta.

The Maidan, literally “open field,” or parade ground, is proximate to Ft. William, originally constructed by the British East India Company in the 18th century and presently a military facility for the Indian Army. The Maidan itself is an urban park which includes Eden Gardens, the second largest cricket ground in the world. 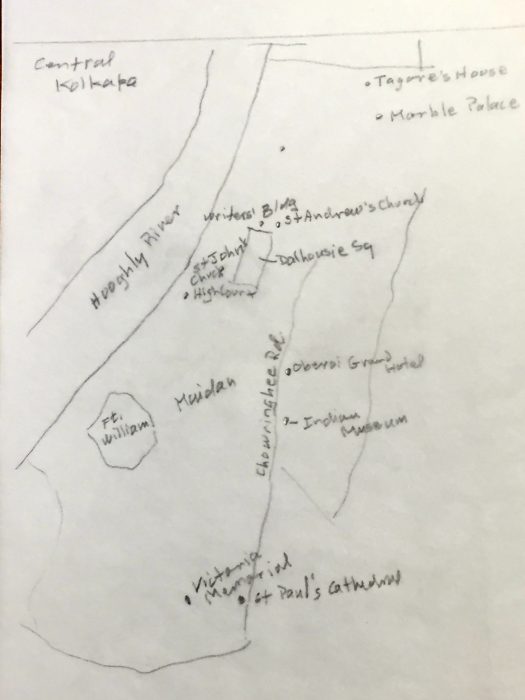 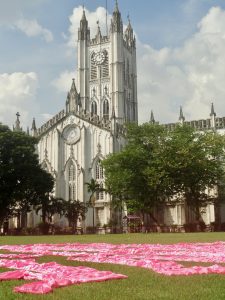 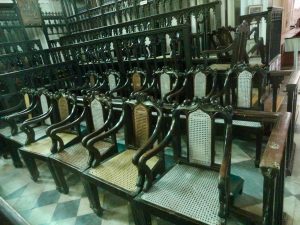 St Paul’s Cathedral is at the southeastern end of the Maiden, near the Victoria Memorial. Completed in 1847, the church is noted for its Gothic architecture. Some modifications were made for the Indian climate. These include open verandas, and cane chairs rather than church pews. 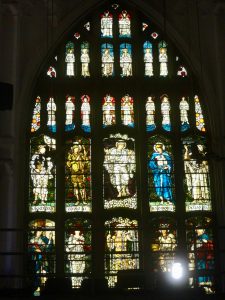 St. Paul’s has what is said to be the finest stained glass in India, designed by Edward Burns-Jones and installed in 1880 after a cyclone blew out the original west window.

I doubt if Mary Pigot visited this church. The Scottish Ladies’ orphanage was to the north, on the opposite end of Central Calcutta. This location was close to the British enclave further south.

Calcutta’s civic center is north from the Maidan. Here is where the earliest colonial structures are found, clustered around what was once called Dalhousie Square after Viceroy, Lord Dalhousie. Originally from Scotland, Dalhousie served as Governor-General for the East India Company 1848-1856. He left office just before the Indian Rebellion of 1857. Today the Square is called B.B.D. Bagh. The initials B. D. D. stand for Benoy-Badal-Dinesh Bagh. In 1930 these three men killed the Inspector General of Prisons while he stood on a balcony of the Writers’ Building. 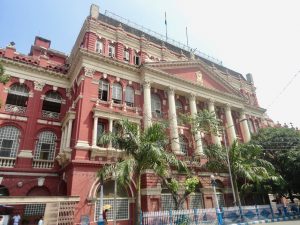 The Writers’ Building, completed in 1780, has outgrown both its name and its original design. The building began as a plain 3-story structure to house East India Company clerks (aka writers). There were nineteen residential quarters, each with three sets of windows to light the clerks’ desks.

In 1821, Fort William College took over the site. Trustees added a 128 foot veranda with Ionic columns, each 21 feet tall. Inspirational statues decorated the facade, including one of Minerva, Greek goddess of wisdom, on the top pediment. In 1857 the British government took over the administration of India, and converted the Writers’ Building into an administrative secretariat. The length of the Writer’s Building equals one side of Tank Square. 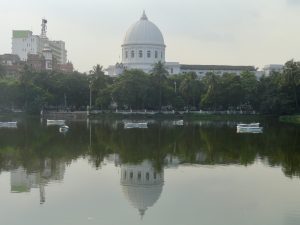 The term ‘tank’ is used in India to denote any man-made body of water. As Calcutta grew, sourcing clean water became an increasing challenge. In 1709 engineers converted an existing pond fed by a spring into a reservoir for “sweet” water. The resulting tank covered about 25 acres and supplied water to the growing city. The British called it the Great Tank, or the Red Tank. Today the tank is known as Lal Dighi (Red Pool) and is popular for recreational activities.

Did Mary Pigot spend much time in or around Dalhousie Square?

It’s hard to say. Most people in and around the Square had connections to British administration. And Mary was far to busy for idle wandering.

All other photos by Author. Hand drawn map by Author.