This is Koa Cat in her younger days and she’s about to get her 10 minutes of fame, because Koa provided today’s inspiration. Tuesday morning I was sitting in my garden while talking to my daughter via cell phone. Koa Cat was trotting around doing cat-like activities. Suddenly there was a distinct thump and Koa dashed under the table with an unlucky gecko hanging out of her mouth. Not a pretty sight I assure you. I won’t go into further detail, but things didn’t turn out well for the gecko.

I posted news of this unsavory event on Facebook. Responses included sympathy for the gecko, and the suggestion that Koa was leaving me a gift, a symbol of her … well, what exactly? So I embarked on some research into the issue. 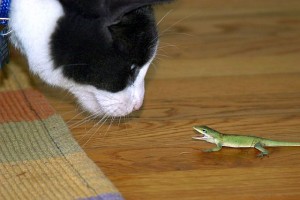 Cats, I discovered, are natural born hunters. In the wild, mothers teach their offspring how to eat by bringing home dead or injured animals. Spayed domestic cats have no kittens to teach, but they do know humans are trainable. Consider the fact that kitties train their associated humans to feed on command via the use of a specific type of purring-meow. That being the case, kitty thinks humans would enjoy a bit of fresh meat if they don’t personally hunt. Thus, Koa was merely being a normal spayed lovingly concerned cat. 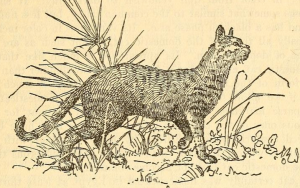 Cats, as any dog lover will tell you, have never been domesticated. They have allowed humans to benefit from their many skills, chief among them the ability to kill vermin. These included the usual rodent population and the occasional snake, presumably small.

As human ancestors developed settled agriculture, they had a new challenge. The ancient rodent population thought they’d found heaven. The humans actually harvested the grain and left it out for them to eat until they burst. Enter the cat looking for her own easy meal. Farmers thought the cats worked for them. Yet the cats only stayed around if the farmer left out scraps for them between harvests. Hmmm. Wonder who was domesticating whom?

CATS AS OBJECTS OF ADULATION 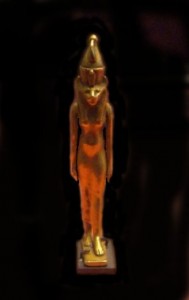 Ancient Egyptians are famous among modern cat lovers, because they were the first to recognize cats were more than good mousers. Cats were royalty.

Cats were an associative animal with the Goddess Bastet. Bastet is depicted as a lioness or in human form with the head of a lioness. Bastet was the goddess of war, her affinity with cats based on Egyptian belief that the lioness is the fiercest hunter of all African animals.

Bastet also had a softer side in her guise as a goddess of fertility, child bearing and child rearing.

The attributes of hunter, warrior, and fertility made Bastet a goddess to be honored. Cats, as a symbol of Bastet, became objects of mummification. 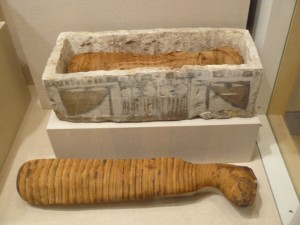 More accurately, 2-4 month old kittens became sacrificial animals bred near temples so they could be mummified and presented as offerings to Bastet.

Adulation has its price.