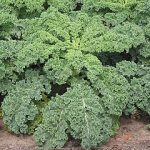 In the world of wacky commemorative days, the first Wednesday of October is National Kale Day, now in it’s fourth year. Organizers what to spread the word about the Queen of Greens. In fact, if you go to the website, you can join Team Kale and become part of the Kale Army. Exciting, isn’t it?

Kale is what some people call a Super Food, and others call a member of the cabbage family. For hundreds of years, kale dwelt in obscurity. At the end of the middle ages (probably around the sixteenth century) kale was one of the most common green leafy vegetables in Europe. Settlers brought it to America. But no one really cared. It was food. It was easy to grow. Did I mention it has a bitter taste? So why all the fuss? 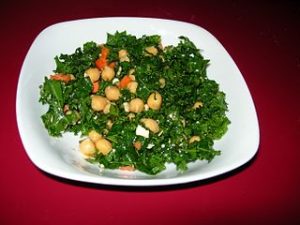 Apparently kale took off as a Super Food after the government published the 2010 edition of Dietary Guidelines for Americans. Researchers discovered that along with our many nutritional failings, Americans don’t eat enough dark leafy vegetables. Nutritionists identified kale as one of the most nutrient dense foods on the planet, an interesting fact for a leaf that is 34 percent water, 9 percent carbohydrates, 4 percent protein, and 1 percent of omega-3 fatty acid. It  also has vitamins, antioxidants, minerals, and beta carotene. Sounds like a produce section in a leaf.

I personally don’t like kale. I like other forms of cabbage. I really enjoy broccoli and brussels sprouts. But kale? Meh. And I have an excuse. Apparently some of us have a genetic sensitivity to bitter flavors.

OUT WITH THE BITTER FLAVOR

But wait. There are ways to get the bitterness out.

You can cook kale until the kitchen stinks. Um, no

If you massage the kale, preferably with an acidic dressing, you might end up with a 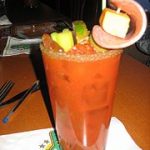 kale and chick pea salad like the one above. Sorry, after I wash, spin, and dry my greens, I’m not into giving them a massage as well.

I do have one idea, maybe instead of celery, kale could become the garnish for Bloody Marys.

Jim Gaffigan’s 2014 comedy riff on kale says what even some foodies may think.

For those of you who want to know what’s in those leaves, here’s the list. One cup of kale contains the following vitamins: A, K, C, B6, B1 (thiamin), B2 (riboflavin), and K. It also has manganese, calcium, copper, potassium, magnesium, iron, and phosphorous.