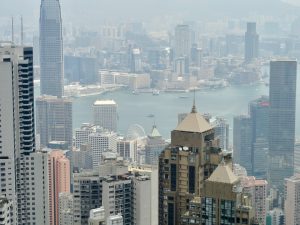 Hong Kong could be said to be a spoil of war, the First Opium War to be specific. In the eighteenth century the British discovered Chinese trade goods, particularly silk, porcelain, and tea. So the Chinese looked over British items for sale and found little to their taste. Gold was always welcome, but the British didn’t want to buy. They wanted to trade. Which left sandalwood, ginseng, and a few other items of interest.

The Chinese also confined the British to specific trading areas at specific times. The so-called Canton System restricted trade to thirteen authorized Chinese factors. Meanwhile, British traders discovered a new cash crop: opium. They grew it on their plantations in India and brought it to China. Soon the Chinese saw an outflow of silver to meet the ever growing demand for opium. Chinese officials banned opium imports. An armed altercation became inevitable. 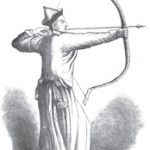 In 1842 China signed the Treaty of Nanking which did a number of things, including the cession of Hong Kong island to the British. And that’s how modern Hong Kong was born as a British territory. In 1997 Britain returned Hong Kong to Chinese sovereignty, and the Chinese promised there would be “One China, Two Systems.” There’s been considerable media interest in how well it’s working twenty years later, but that’s someone else’s blog. 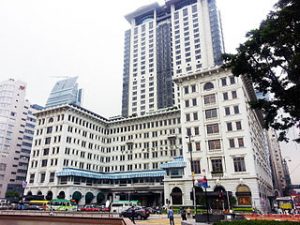 While in Hong Kong we stayed at the historic Peninsula Hotel on the Kowloon Peninsula across Victoria Harbor from Hong Kong. The hotel opened in 1928 to much fanfare. The building stood across from the quays where ocean liners off loaded their passengers and the Train Station where the Trans Siberian Railway made its last stop. It was, in a sense, a railway hotel, though one with a great deal of glamor termed the “Grande Dame of the Far East.” As these pictures demonstrate, Hong Kong has changed a bit since the Peninsula first opened its doors. 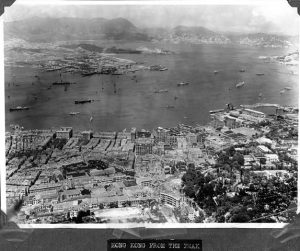 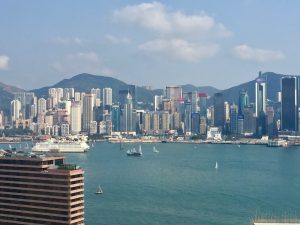 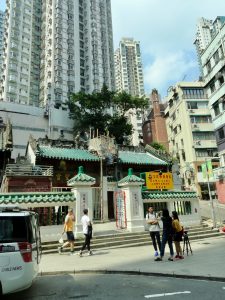 There’s a lot to see in Hong Kong. One of the more unexpected sites is the Man Mo Temple built in 1847. The Taoist temple is dedicated to two important gods. Man Tai, the god of literature, and Man Mo, the god of war. Students and scholars come for good fortune as do many others. The smell of incense is overpowering.

It was good to get back outside and make our way to the Peak Tram, a funicular railway that runs from Central Garden Road to Victoria Peak. There are six official stops along the way. Europeans began building homes on Victoria Peak in the nineteenth century. Compared to Hong Kong’s subtropical climate, Victoria Peak with an elevation of 1,811 feet, was temperate. Original residents 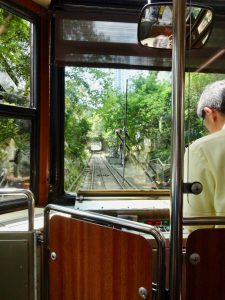 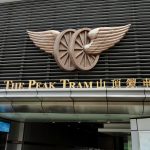 Peak Tram opened in 1888. The tram covers a short distance of 0.87 miles, much of it straight up. After the tram opened, more Europeans began moving into the area. By 1926 more people had cars, so prisoners built the road. Between 1904 and 1930 no Chinese were allowed to live on Victoria Peak.

The primary draw to Victoria Peak is the panoramic view of Victoria Harbor and the Kowloon Peninsula. 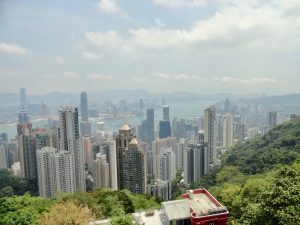 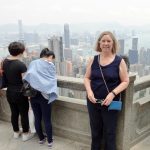 The name Aberdeen sounds like Scotland. Far from it. The area was named after 4th Earl of Aberdeen, but its residents were the Tanka people, fisher-folk who lived on their boats. Today the area is famous for its floating “village,” though many former residents have moved onto land. I saw more yachts than “houseboats,” but the fishing boats are still there, along with floating facilities to service them. 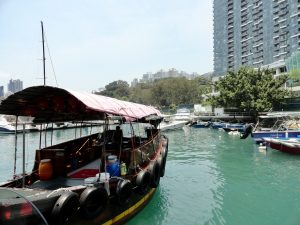 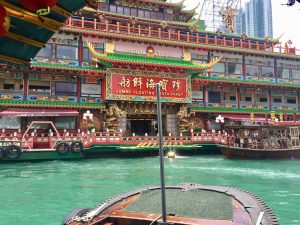 The popular attraction is to take a sampan ride through the Aberdeen harbor area. Among other sights is the Jumbo Floating Restaurant which is designed as a floating palace from Imperial China. Opened in 1976, it’s the largest floating restaurant in the world, and can hold 2,000 patrons. It’s quite a sight to see.

If you’d like a better sense of what Peak Tram and Victoria Peak are like, check out the video below.

Illustration of Tartar bowman in the Public Domain, Wikimedia Commons.

Photo of Hong Kong from the Peak between 1938 and 1945 in the Public Domain, Wikimedia Commons.