The Honolulu Museum of Art is an oasis in busy Honolulu. The institution was founded by Anna Rice Cooke. She and her husband Charles Montegue Cooke collected art. Eventually the collection outgrew their home on Beretania Street and Anna decided to establish an art museum on the site. She wanted it to be multi-cultural to reflect Hawai`i’s people.

Whenever I travel to Honolulu, I hope there will be enough time for me to stop at the museum to view the current exhibitions. Last week I viewed a display on Harajuku – Tokyo Street Fashion. You can see the exhibition poster on the right side of the museum’s entry way above. I can’t help but wonder what Mrs. Cooke would have thought of the doll-like fashions on display.

Harajuku appeared in 1990s Tokyo as a combination of the cuteness of Hello Kitty with a so-called British new wave. The name Harajuku is from the district in Shibuya near the Harajuku Station, an area that has become a center for extreme teen culture. All the fashions include accessories and bold make-up to enhance the look. 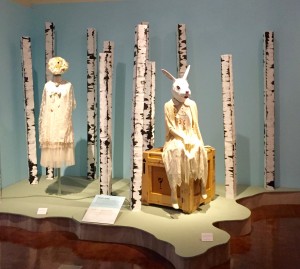 There are several variations of Harajuku. The Lolita look channels a Victorian look with flat shoes and lace bonnets as if plucked from Alice in Wonderland. The white collared dress below is called Wonder Queen. Inspired by Alice’s experience at the Mad Hatter’s Tea Party, the dress has playing card motifs. 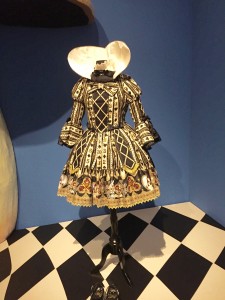 Gothic Lolita is a variation on the theme with its severe black dress. I couldn’t help but wonder if these were the dresses many of us have tried to avoid – constricting and corseted. 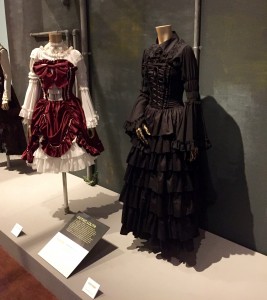 Another aspect is the Visual Lolita which has a more androgynous look. 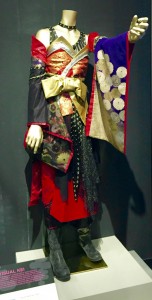 Another display held several manniquens on a revolving platform. The fashions are known as Otome which is also the Japanese word for maiden. These dresses were popular in the 1970s and are a sort of precursor for current Harajuku. 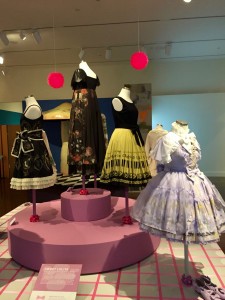 In case you’re wondering if people really wear Harajuku on the street, here are three photographs I located on Wikimedia Commons. Were the subjects posing? I would say yes. But don’t we all pose a bit when we select our clothing for the day? 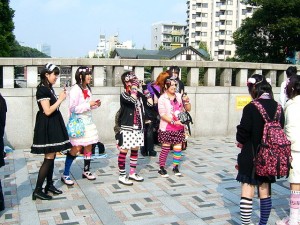 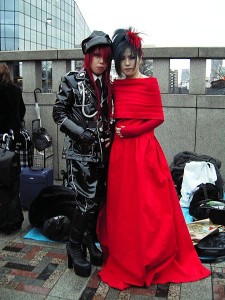 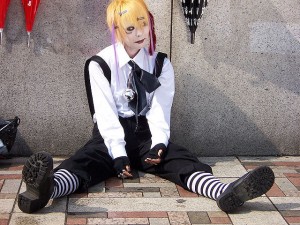 Once again Japanese teen-agers have created a look that is creative and playful. Maybe we should play more with our own appearance.

Featured Image: Entrance to the Honolulu Museum of Art. Photo by Author.

Photographs of museum displays by Author, with permission.