Fat Tuesday has no fixed date. It floats around the calendar sometime in February or March depending on the date for Easter, a moveable feast that occurs on the first Sunday after the first full moon after the Spring Equinox. Our calendar defines the Spring Equinox as March 21, but it can’t control the phases of the moon.

Many Christians observe the first day of Lent, a penitential season, forty days before Easter.

And the day before Lent is Fat Tuesday, also known as Shrove Tuesday, and happily known as Mardi Gras or Carnival. All mark the last day of abundant consumption before the austere days of Lent. In the Middle Ages, Lent was a time of penitence and deprivation. It was not a time for parties or eating meat. It must have been a terrible season for Anglo-Saxons, because the bulk of their diet was meat. On the up side, it was okay to eat fish during Lent. 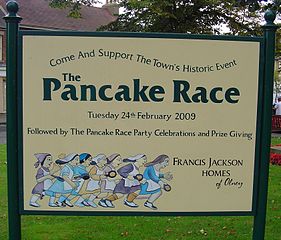 As if contemplating Lenten austerity wasn’t enough, the Tuesday before Lent began became known as Shrove Tuesday, because it was the day Christians went to church to confess their sins so they could begin the penitential season with less regret. After confession, people came home to their final feast, an occasion to consume the last of the eggs, butter, and lard in the form of pancakes. 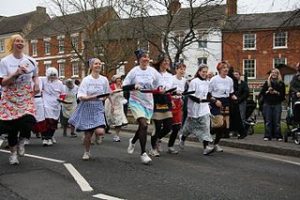 Which brings us to the first festive Fat Tuesday event: Pancake Races. The first known race was in Olney, Buckinghamshire in 1445. Legend tells of a housewife busy at home with her pancakes. Hearing the church bell, she panicked and dashed to church still holding her frying pan, and the tradition of pancake racing began. Presently, the Olney race begins outside the Bull Pub and finishes near the Parish Church. Hmmm. Kind of like the Lenten journey itself.

A far more popular custom is Mardis Gras, which is French for Fat Tuesday and celebrated throughout the world. Carnival began in 1582 when Pope Gregory XIII officially declared Shrove Tuesday as the day before Lent. The word carnival is derived from medieval Latin carnem levare, meaning “remove meat.” Carnival events begin just after Twelfth Night marking the end of the Christmas season.

Mardi Gras evolved from these early celebrations into a time of parties, fancy dress, and excess. In the 18th century the governor of Louisiana, then a French colony, established the fashionable balls that marked the season. By the late 1830s, New Orleans held street processions with carriages and horseback riders led by gaslight torches.

The Krewe of Rex 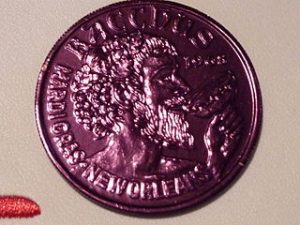 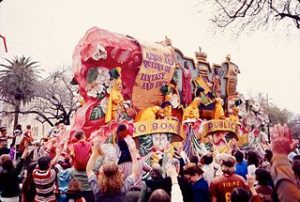 In 1872 a group of New Orleans businessmen created a King of Carnival Rex to preside over a parade in honor of visiting Russian Grand Duke Alexis Romanov. The founders adopted Romanov family colors of purple (justice), gold (power), and green (faith) as official Mardi Gras colors. The duke was fond of an actress in a popular play, so the founders made her song If I Ever Cease to Love the carnival theme.
In 1884 the Krewe of Rex began throwing their famous doubloons into the crowd with the image of the year’s celebrity king on one side, and the parade theme on the other. This 2009 doubloon features Drew Brees, an American football player.

More krewes organized to create their own parades and floats, among them:

The Krewe of Zulu 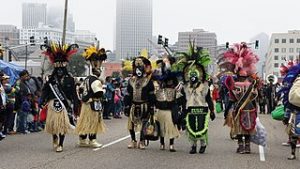 In 1909 an African American krewe founded the Krewe of Zulu. In their first appearance, the Zulus had a jubilee singing quartet both in front and behind the king who was costumed in a lard can crown and banana stalk scepter. Today the Krewe of Zulu is most famous for its coconut throws.

The Krewe of Bacchus

In 1968, the Krewe of Bacchus, named for the Greek God of wine, started new carnival traditions. They staged a Sunday night parade, created spectacular floats, and decided to name a national celebrity to lead the parade.

The Krewe of Nyx 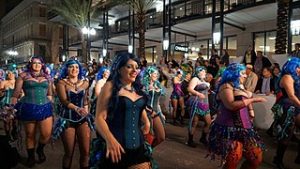 Women began their own krewes in 1922 with the Krewe of Iris. Other female krewes organized. The Krewe of Nyx, named for the Greek goddess of the night, is now a Super Krewe and is the biggest Mardi Gras parade with over 3300 riders. Official colors: Hot Pink and Black. Their signature throw is a hand decorated Nyx purse. Other throws include hula hoops, hair scrunches, and fanny packs – all in pink and black.

2 thoughts on “FAT TUESDAY IS UPON US”