If April 15 is the deadline for filing Federal Income Tax, why is this year’s deadline extended to April 18?

Normally, if the 15th falls on a weekend or a holiday, the deadline is extended to the next work day. This year April 15 was on Saturday, so you might think the due date is Monday, the 17th. Except, it’s not. Tax day is the 18th, because April 16th is Emancipation Day, a legal holiday in Washington, D. C. – The seat of the federal government.

Confused? I am. But then I’m often calendrically impaired. Hmmm. Let’s try a chart.

EMANCIPATION DAY GOES BACK TO

THE DISTRICT OF COLUMBIA COMPENSATION ACT 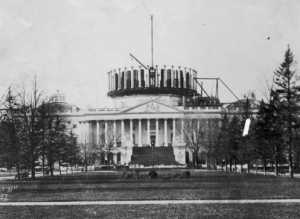 Slavery existed in Washington D.C. until 1862. Slaves cleared the land when the capital city was built. They participated in building the Capitol and White House.

Washington had an active market trading in slaves until the Compromise of 1850 banned the business. Ten years later there were 11,131 free black people and 3,185 slaves in the city.

In 1861 Henry Wilson, a senator from Massachusetts, introduced “An Act for the Release of Certain Persons Held to Service or Labor in the District of Columbia.”  The bill included provisions to compensate slave owners and also to pay newly freed people $100 if they agreed to move to Haiti or Liberia. Most did not.

The Senate passed the bill 29:6 – the House passed it 92:38. Some thought President Lincoln would veto the bill. But slaveowners weren’t willing to take the risk. They took their slaves out of the city.

At 6:00 a.m. On April 16, the same day Lincoln signed the District of Columbia Compensation Act, an observer noted a wagon filled with enslaved women being led out of the city.

“The wailing of the women will not soon be forgotten by those who heard it.” *

The new law didn’t immediately free anyone. It authorized an Emancipation Commission composed of three men. Owners reported to their office in City Hall, preferably with their slaves. The Commissioners determined the value of each individual and paid the owner after he provided evidence from two witness that he held legal title to the slaves and testified to that he was loyal to the Union. No compensation for Southern sympathizers. 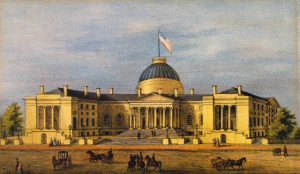 Free People received a certificate. Former owners got a check and proceeded to the Treasury Department where clerks looked up the claimants’ claim numbers and a cashier gave out the checks. The total amount of compensation came to less than the $1 million appropriated.

The National Archives holds records detailing the number of slaves freed and the compensation owners received.

Mary Finick, her owner claimed, was a “stout healthy girl, [who] has not been confined to her bed a day since I have owned her, which has been upwards of seven years.“ **

Susan Mason, the Commissioner judged, was “old & infirm.” He placed her value at zero.

Union General Lorenzo Thomas claimed $800 for his slave laundress, Lucy Berry, and $100 each for her children, George and Lorenzo. The General received $219 for Lucy and $43.80 for Lorenzo. George had “no value,” presumably due to his young age.

The “Sisters of the Visitation, Georgetown,” listed a dozen slaves. They were allowed $3,774 in compensation.

Architect of the Capital. Public Domain.