One of the most amazing privileges of my life was to visit two safari lodges near Kruger National Park in South Africa. We climbed in jeeps at dawn and dusk to view animals who were so accustomed to the vehicles’ noise and shape they paid no attention – provided we stayed seated. I had no urge to see what would happen if I stood up, so I sat, sitting in awe of the beautiful animals going about their routines. 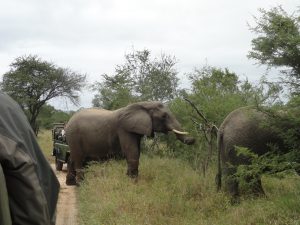 The experience of being in close proximity to elephants has never left me. The most awe inspiring event was the day we stopped on the road to watch elephants grazing, when the matriarch decided it was time to cross to the other side of the road. Chomping grass as they went, the herd meandered across the road, entirely uninterested in several vehicles filled with stunned people snapping pictures. It was like watching the event in slow motion, entirely quiet except for the steady munching of grass. To my surprise, the elephants did not step heavily – of course, they weren’t in any particular hurry either. 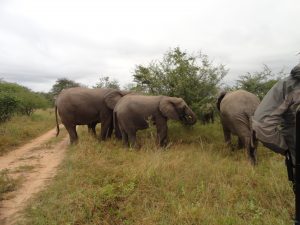 I remembered this special moment when my calendar reminded me that Thursday is Elephant Appreciation Day. My first thought was, well, of course elephants should be appreciated, preferably in their natural habitat. Elephants have long been a symbol of good luck, wisdom, fertility, and long life.

Environmentally, elephants are an important part of Africa’s ecosystem. A single elephant can weigh up to eight tons. Herbivores, elephants consume up to 330 pounds of food and 11 gallons of water daily, cutting a swath through vegetation as they move through it.

Elephants move six to twelve miles daily in their quest for food. In times of drought, the waterholes they dig with their tusks benefit smaller animals as well. Their digestion of plants means their dung is filled with seeds that produce new growth. On the savannah, elephants feeding on tree sprigs and shrubs keep the plain open for other inhabitants.

That being said, elephants and humans don’t always have positive interactions. As they move across open land, elephants frequently destroy crops. Turned another way, the increase of villages impacts elephant feeding areas. And then there’s the ivory trade.

The biggest conflict of elephants and humans is based in greed.

Between 1979 and 1989, half of Africa’s elephants were lost to the ivory trade. In 1989, the Convention on Trade in Endangered Species of Wild Fauna and Flora (CITES) banned international trade in elephants tusks. The elephant population began to recover. By 2007, the population was estimated between 470,000 and 690,000. And then in 2008, the Convention on International Trade in Endangered Species, the United Nations body that regulates the international wildlife trade, declared that China was an Approved Ivory Trading State. 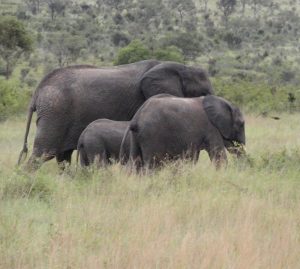 In Hong Kong, the amount of seized illegal ivory rose from 3.2 tons in 2010 to 7.9 tons in the first ten months of 2013. One thousand six hundred seventy-five elephants died to produce the 7.9 tons of ivory. China is not the only market. Other export destinations are Vietnam, Thailand, Taiwan, and the Philippines.

The International Union for the Conservation of Nature World Conservation Congress recently held its meeting in Honolulu and passed Motion 007 calling on all governments to ban the domestic trade in elephant ivory. Though the Congress can’t enforce the motion, its decisions carry considerable weight. Prohibition of domestic ivory sales is an important step to ending the international ivory smuggling. The struggle continues. 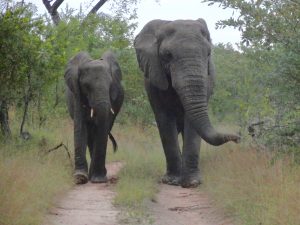 All Pictures by Author. All Rights Reserved.