I went to the Hilo Orchid Society’s 63rd Annual Show yesterday, a memorable event for its sumptuous displays of orchids large and small. This year’s theme is Orchids Avant-Garde emphasizing collectors and gardeners’ never ending quest for the newest orchid variety. “The orchid world,” according to Rick Kelley as quoted in the Hawaii Tribune Herald, “demands the new, the rare – basically the avant-garde.”

To date there are tens of thousands of orchid species and over 150,000 hybrids. 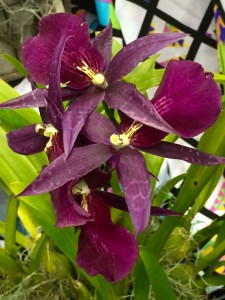 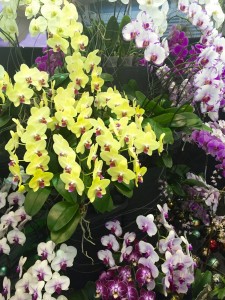 Local artist Shelby Smith faced a new challenge designing this year’s Hilo Orchid Society display for the show. Smith designed a contemporary 360 degree sculptural piece with moving spaces into which Orchid Society members could integrate their blooms. The challenge? Smith had no idea what plants would be available. 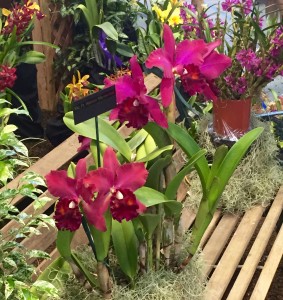 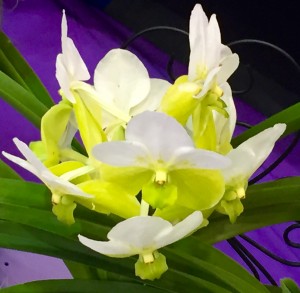 John Moir and his son Goodale established one of the earliest orchid collections in Hawai`i. Just before World War II, the Moir collection relocated from Honolulu to the Big Island when it passed to Herbert Shipman.

Today there are more than forty certified orchid nurseries on the island. Orchid exports from the Big Island are big business, generating more than $20 million annually. 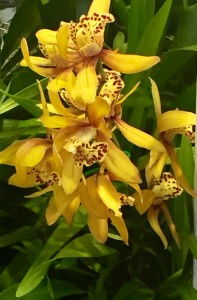 In addition to supporting orchid growers, the Hilo Orchid Society reaches out into the greater community. Proceeds from the Annual Show support the Yasuji Takasaki Memorial Scholarship for University of Hawai`i at Hilo students studying agriculture or the natural sciences. 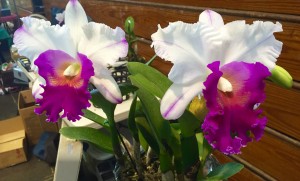 More visible service is the “Orchid Isle Project.” After World War II, Hawai`i Island became known as the Orchid Isle due to fields of vanda orchids cultivated for export. Orchid Society members hope to rekindle that spirit by encouraging businesses and homeowners to place orchids on their property where they can be admired by passers-by. Gazing at such beautiful blooms can put a spring in anyone’s step. I hope I’ve done my part by sharing these photos with you. 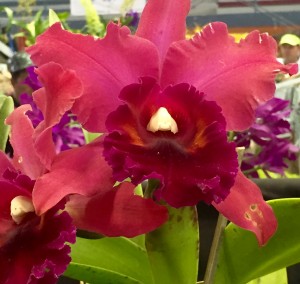 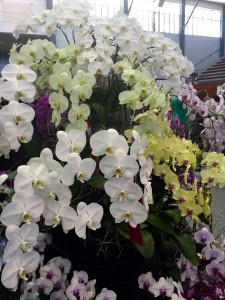 Pictures by Dennis Ancheta and Author. All Rights Reserved.

In the Wild: Orchid Types & Their Natural Habitat. Here.

One thoughts on “AN AVANT-GARDE ORCHID SHOW”