ORCHIDS. The very word conjures up exotic flowers and romance. At one time, every girl hoped her escort to the high school prom would give her a large orchid corsage. Ideally, the corsage should look like this. 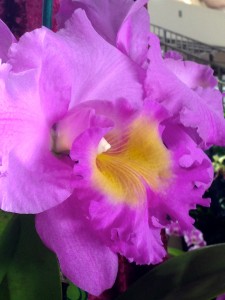 Less exotic were smaller purple vanda orchids. These flowers were a huge commercial success on the Big Island of Hawai`i in the years following World War II. The flowering fields gave the island a second name “Orchid Isle.” Sounds fanciful, even today. And the flowers were popular give-a-ways for super market openings in southern California. “The first 200 people will get an orchid from Hawaii,” screamed the advertisement. To which my mother responded: “Huh. They must grow like weeds.” Turns out her cynicism had some merit. I doubt this picture is a vanda orchid, but it does give s sense of size. 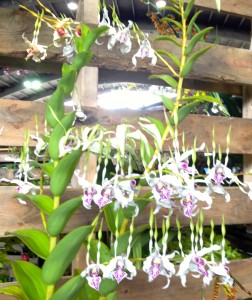 Orchids are the largest family of flowering plants with 30,000 species and at least 200,000 hybrid varieties. They can be found almost anywhere, but their natural habitat is tropical where they like to be high in the rainforest on the bark of trees. Their thick white roots prefer open air where they can absorb moisture, nutrients, and light. I’m not good at growing orchids, but have learned if I leave them alone, at least a few will flower. 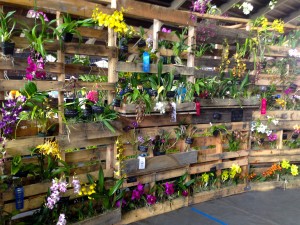 Since 1952 The Hilo Orchid Society has hosted the Hilo Orchid Show & Sale, the largest and most comprehensive show in the state. Over 100 volunteers participated in the show held this past weekend. The Society devotes its efforts to “Promote, carry on, and aid in every possible way, the culture of orchids of all kinds.” It must be working. Hilo Mayor Billy Kenoi proclaimed 2014 the Year of the Orchid. 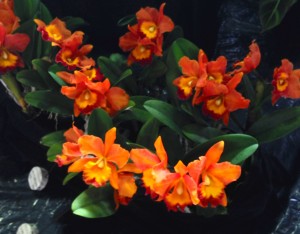 I took today’s pictures at the show. I can’t tell you the names of particular orchids, but hope you still find them beautiful. You can access a video from the 2013 Orchid Show here. 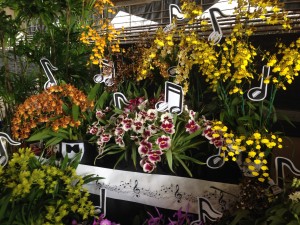 One final thought from an anonymous quotation often used in weddings

4 thoughts on “A SYMPHONY OF ORCHIDS”